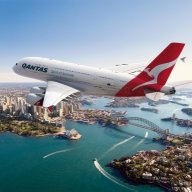 Is there any way to trigger a FTE or does it have to come naturally?
Don't like ads? Remove them while supporting the forum: Subscribe to Fastlane Insiders.
R

MikeThePilot13 said:
Is there any way to trigger a FTE or does it have to come naturally?
Click to expand... 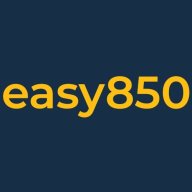 For me it was about 3 years ago.

I was still in high school, doing a work during school program (CTE) where I could get out of school and work at a real grown up job for one day a week.

Be allowed to skip school while making money?
(Skipping a couple times to hang out with friends of course)
Count me in!

Anyways, it's a warehouse job.
The pay was $15 an hour which was almost twice the minimum wage at the time so I felt pretty good to work there.
Most of my co-workers were double or triple my age which was strange but I'll come back to this later.

The company was an e-waste handler, they got paid to securely dispose of used electronics, mostly 5> old computers that companies and schools didn't use anymore.

The job was taking pictures of products that the company listed then on eBay.

Pretty easy, I used a camera before.

Click click away, I'm getting through pallets of products. Every day I'm getting better. I made small talk with my co-workers while I worked. After work, they drank at the bar or went home and slept.

That's when it hit me.

This is their life. Wake up, shit, shower, shave, drive to work and shut off for 8 hours, return home, sleep. Repeat.

I was shocked. I knew I didn't want to end up like that.

But it gets better.

While I was working my manager, Brandon, pulled me to the side. I wasn't getting some little thing tagged correctly and he wanted to let me know about it, while scrolling I spotted the eBay dashboard for the company.

$259,425 in the last 90 days. I was in awe. This is just one sales channel they had.
The best part? They were being PAID to get the items they were selling.

And my paycheck? I was working every Wednesday for eight hours a day.
By my iPhone calculator calculations, I was destined to make about $250 for my two weeks of work. Not to bad.
After SSI tax, medicare, breathing, pooping and living tax, I was left with a little over $200.

That was my FTE. It more inspired me than anything else. Sure there was anger, but not in the employer but in the system and in myself and other's that fell for this trap that we call a 9-5 or rat race. Well, if you made it this far, thank you for reading.