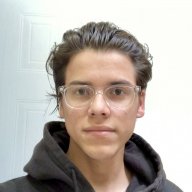 "You should be focusing on school" they tell me "You are putting too many responsibilities on yourself too early", and that "The time for that is when you are older".
It's hard to disagree with these statements when they are coming from your own mother, especially when she is working a cashier job at Walmart with a BS in business administration, and when you are both living in a mobile home in the middle of urban Kissimmee Florida.

It's not sufficient for me to say I'm in a bad spot to network. I go to high school, spending at least 8 hours of my day on useless activities, being taught things are either wrong, elementary or not important in my life. I've had to grow up having it rough: I did not start off like most tech entrepreneurs, selling their first internet company at 16, or building their own computer network at 12, rather I had to deal with my own incompetence for most of my early teens. At around the age of 15, however, that changed when I lost my home and girlfriend. I decided I wanted to live on my own terms when I grew up, and I decided I could do this by becoming a software developer online.

Programming on the internet has blown up in the past couple of years, and so I decided I would make a living off of freelancing and traveling. I grovelled at my computer screen for months and months, it was all I thought about for an entire year, until I finally had the skills needed to work as a freelancer, the portfolio, etc. I then realized that freelancing was not a race to the bottom, as it had grown so extremely popular.

I then thought to myself what would be the next step, and that would be to become a software engineer and work for companies, traveling as I did. I also started reading shit-tons of self-help books, which promised that if I thought, wished, visualized positively, I would become rich. I became religious about this law of attraction, the first thing I did upon waking up from my 6 hour night was begin thinking about how I would be rich, saying affirmations, writing down my goals, listening to inspiring tapes, etc.

I did this for months, and exhausted myself because I was making absolutely no progress in my life yet knew there was a timer for when I was to graduate. I began to feel a void in myself, a feeling of emptiness. I spent months trying to get to the core of it, wanting to give up every second of the way: why was I not rich after all of my toil?

My economic situation has gotten worse since, our family is living on the sidewalk and we can barely afford food. I'm unable to follow my dreams of making money, working for myself, fixing my body by going to the gym, meeting aspiring entrepreneurs like myself, etc.: I live surrounded by the slowlane dogma everywhere I go: they are everywhere, spreading the story of getting good grades, graduating, going to college, working 9-5, bleh.

My biggest regrets so far have been not having started sooner and having spent so much time worrying.

At this point in my life, I have but one year left in high school.

All I have are programming skills. I have no assets, just around $600 from a programming job

I know I can't keep going down the road of wishful thinking and doing what I love. I simply don't have the luxury of doing these things. I live in a poor family and I DO NOT want to sacrifice my freedom to a 9-5.

I have been told by my mentor, a world traveler and entrepreneur, that I need to get good at my craft. However, I'm also constantly faced with the counter to going into the real world with little skills other than my programming abilities. I suck at personal finance, entrepreneurship, I don't have a license yet, and I don't have a clear direction as to where to go from now.

Upon reading TMF , I have decided to stop being swayed by the gurus who claim 'Start a blog and make millions', or 'Invest in real estate' or 'Think positive'. I now understand I can not get rich from wanting riches, but rather from effection.

Now I need to make the most out of my last year in high school before I go into the real world.

If I am faced with having to work for others, WHAT I FEAR MOST is becoming complacent, stop learning, and live the rest of my life as a slowlaner.

Any advice is highly appreciated.

Thanks again to MJ DeMarco for his book
Don't like ads? Remove them while supporting the forum: Subscribe to Fastlane Insiders.

Thanks for the intro. Glad to hear you will finish school.

It's a very highly demanding field.


Jonathan S.Diaz said:
that I need to get good at my craft.
Click to expand...

Get better, find a job, save money, dabble in side projects, build your own gig.

MJ DeMarco said:
Thanks for the intro. Glad to hear you will finish school.

It's a very highly demanding field.

Get better, find a job, save money, dabble in side projects, build your own gig.
Click to expand...

Hey, MJ! Thanks for the reply! It's crazy how one day you can be reading a book and the next day have a response on your post from it's author

Get better, find a job, save money, dabble in side project, build your own gig.

This definitely seems like the route to go, but I fear that I'll settle into a comfortable existence relying on the next paycheck. Or that I will stop learning altogether. I basically fear becoming complacent at some point. I see a shit ton of programmers that just live a comfortable life and I want to make sure I never settle and instead learn 'the right stuff'.

Maybe I'll have to discipline myself to constantly learn, or build some sort of system to be constantly improving myself and skillset.

Thanks again, MJ
I feel like you have saved my a$$ from a shit ton of time and regret