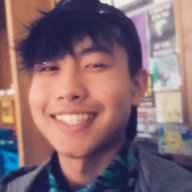 I'm an 18 year old attending University to major in ECE. It's a tough road, but I have to see the end.

Before coming across the person I am the most thankful for, but also scammed me of my time, I was that kid who saw money as something valueless. I grew up not caring about money; long story short it was ingrained in me money was bad.

I wanted connection/network with people who knew more than I did, and eventually I met someone through Kik. Surprisingly someone wanted me to write articles for their blog! Thinking about it now, was I her employee or was she my client? I don't know, but she offered to pay me a certain amount for each article written.

"I don't have to work outside of home anymore!"

I wrote articles about investments and how to save money, and in terms of "The Millionaire Fastlane " - how to be a Slowlaner.

Now, I don't mind writing at all, I actually love writing. It was the most fun I've had and the most productive I've been. I was never so excited to wake up early before, and even though I was always told I'd be paid soon, I kept writing for her.