Cards Beyond Comfort Changed My Life!

Just wanted to share a story about a product that has massively helped my mental health and motivation over the past few months and through the lockdowns.

I was really struggling with my mental health earlier this year. I was becoming really depressed and anxious about a lot of things. I felt like I had lost some of my social skills due to a lack of social interaction over the lockdowns and I was starting to enter a really dark place. I did not feel like doing much on some days or even getting out of bed. I was on furlough and living at home with my parents, I rarely ever left the house and I did not see any of my friends sometimes weeks on end. It was really starting to take a toll on my mental health.

I have struggled with my mental health for the past couple of years but it was for sure at its worst earlier this year. It is really difficult when you have no idea how to get out of that place when you have no motivation to do anything. I felt as though I could not talk to anyone about it as I felt embarrassed and I did not think they would understand. I've tried using medication and I also used CBD for some time which actually helped but it was more like a short-term hand rather than a cure.

It was around Jan/Feb time which I saw my friend post something on social media mentioning these cards and how great they were and how much they had helped him with his motivation. I messaged him and asked him about it, he sold it to me straight away after he said that they had really helped with his mental health and he had started to develop all of these new routines and habits. I quickly ordered a box and I've been hooked on it ever since!

Cards Beyond Comfort is basically a deck of card-based self-improvement challenges each with the idea of slowly bettering you more and more with every card. The challenges start off really easy, they would consist of things like writing down short-term and long-term goals. taking cold showers, writing down all the negativities that stem in your life from people or things, and taking action to cut them out of your life, digital detoxing, healthy diets, completing random acts of kindness etc. There are also social challenges that I thought were really cool and interesting such as "give a stranger a genuine compliment" The social challenges are designed to boost your confidence in social situations. This is something I have struggled with for a really long time. It is definitely motivating to complete the challenges as they kind of give you a timeframe to complete it by and also instructions and rules on the back of the cards. Every card also has benefits on the flipside which was really cool as I did not even realise they were there so you can see what the benefits are of completing the challenge. Once I started the challenges and implementing some of these routines I started to become more motivated and I began to slowly climb out of the hole that I was in. I started to see my friends a little more and my social skills began to improve. I became really interested in some of these practices which I still follow to this day and I think that I will implement them as part of my routine for the rest of my life. The goals challenges really helped me as I started to note down daily goals which started to give structure to my day, I now had something to work towards and it felt good when I would cross them off at the end of the day whereas before my days had no structure and I found it really difficult to do anything. My family even started to notice changes in me, I started to spend more time with them, they said I look really happy and well and to be honest I probably became the happiest I have been in such a long time.

Since then I have shown this product to 3 of my other friends who struggle with motivation, depression, anxiety etc. They also took a huge benefit from using them and they too still use the cards to this day. Such a great idea and I really wish I would have found them sooner! I feel like I am now on a path of self-improvement and I am learning a lot about myself in my own life.

I just mainly wanted to share my story for maybe anyone else who can relate and also help someone else who might be in need of some kind of boost. I will link the product below:-


CARDS BEYOND COMFORT | TheImprovementArtist
Don't like ads? Remove them while supporting the forum: Subscribe to Fastlane Insiders.

I've let this post slide through (first post promotions/recommendations tend to be SPAM and self-promotional) since it isn't an affiliate link. Are you related to the company, or genuinely happy? 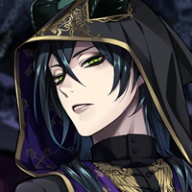 Gotta love doing new things and break up the routine.
Bought!
My transformation service. Free for the first 3 clients! 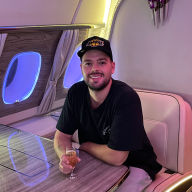 Any examples of your favourite cards so far?
Don't like ads? Remove them while supporting the forum: Subscribe to Fastlane Insiders.
M

MJ DeMarco said:
I've let this post slide through (first post promotions/recommendations tend to be SPAM and self-promotional) since it isn't an affiliate link. Are you related to the company, or genuinely happy?
Click to expand...

Appreciate it and yes I understand how there must be lots of spam. I'm genuinely happy and I'd love to spread the word, I'm in a good place in my life at the moment and I know there is a lot of people who can benefit from my story. I guess I see what you mean but I didn't mean to advertise, but at the same time I think it's definitely something people can benefit from
M

MitchC said:
Any examples of your favourite cards so far?
Click to expand...

I would probably say the goals really helped me alot, this is something I had never really done before and now I have daily goals that I work towards. There was also one on which consisted of writing down your top 5 social fears which was something interesting as that is a part of my life that I guess I've never faced head on, once I had seen them written down I could kind of see where they stem from etc, it became easier to focus on them as individual issues rather than "social anxiety" in general if that makes sense