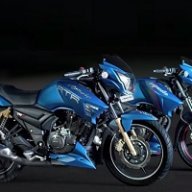 By 1918 Charles M Schwab was one of the richest men in the world. Schwab Was at the time president of Bethlehem Steel Corporation, the largest shipbuilder and second largest steel producer in America at the time. The famous inventor, Thomas Edison once referred to Schwab as the master hustler. He was constantly seeking an edge over the competition. So, one day in 1918 in his quest to increase the efficiency and effectiveness of his team and discover better ways to get things done.

Schwab arranged a meeting with a highly respected productivity consultant named Ivy Lee. Now, Lee was a successful businessman in his own right. So, he wasn't just a life coach. He was actually a practitioner doing the thing that he was going to suggest that Schwab do.

As the story goes Schwab brought Lee into his office and said, “show me a way to get more things done”.
“Give me 15 minutes with each of your executives”, Lee replied.
“How much will it cost me,” Schwab asked. Nothing, Lee said, “unless it works”.
After three months you can send me a check for whatever you feel it's worth.

During his 15 minutes with each executive, Lee explained his simple method for achieving peak productivity.

At the end of each workday, he said,
The strategy sounded so simple but Schwab and his executive team at Bethlehem Steel gave it a try anyway. After three months Swab was so delighted with the progress his company had made that he called Lee into his office and wrote him a check for $25,000. Now, a check of $25,000 written in 1918 is the equivalent of a $400,000 check in today's terms. Wow!

The Ivy Lee method of prioritization, taking your to-do list and narrowing it down to your top six, working on one until you step into this the next one. It just seems so stupidly simple. How could something so simple but so effective?

Here's how precisely because it is simple enough to actually work. You see complexity causes confusion and paralysis. The mental objection people give to simplistic methods is that they're too basic. They don't account for all the complexities and nuances of life. They ask what happens if an emergency pops up. What about using the latest technology to our fullest advantage. Sure, emergencies and unexpected distractions will come up but see them as the sirens call of the sea nymphs whose intention is to cause you to productively shipwreck on the rocks.

So, put the beasts wax in your ears, tie yourself to a mast, whatever it takes to ignore them as much as possible. Here's the key. Use simple rules to guide complex behaviour. It forces you to make tough decisions. In the paralysis of too many priorities, we do nothing or we choose escape routes for making real decisions. We go back to email. We search the internet. We respond to texts and say yes to the knocks at the door. It removes the friction of starting the biggest hurdle to finishing most tasks in starting them.

Lee's method forces you to decide on what your first task will be the night before you go to work. It requires you to single task.

The myth of multitasking is that being busy is synonymous with being better. The exact opposite is true having fewer priorities leads you to better work and greater output.

Study world-class experts in nearly any field athletes, artists, scientists, teachers, CEOs and you will discover one characteristic run through all of them, “FOCUS”. The reason is simple. You can't be great at one task if you're constantly fracturing your attention your capacity and your time and ten different directions. Mastery requires focus and consistency.

At last, a little request for you. If you find this article useful, then please share with your friends and loved ones and hit the “Like/Thanks” button below.
After 3 months you can send me a “Rep Transfer” for whatever you feel it's worth.
Don't like ads? Remove them while supporting the forum: Subscribe to Fastlane Insiders. 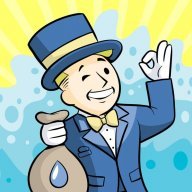 Thank you for this and I'll definitely give it a try.
I never expected a method of completing tasks to be so basic yet so effective.