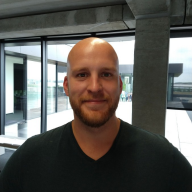 After viewing MJ's video From Flat-Broke to Filighy Rich I realized that working as a developer, I'm at the level of specialized labor and it might be time to take it to the next step: Selling specialized skill. I have bookmarked Lex Devilles Upwork Guide a long time ago but always made excuses that I'm not ready. But lately I realized that I was never 'ready' for any of the jobs I did. I learned while doing so why not start and see if I can learn by doing. So this is my log of following Lex Deville's Guide. I will include his exercises as wel as progress that is made.

A bit about myself:
I'm a 31 year old Belgian VoIP Developer. I'm a full time employee for an IT company and my main responsibilities are: on-going development of our VoIP Web Platform (using PHP, Bash and Asterisk Code), set-up,maintenance and monitoring of Linux servers (Web servers, Database Servers and Asterisk based PBX'es) and 3rd line support which mostly involves VoIP technologies and network related stuff.

But the way I got here was a bit atypical. After highschool I went to college for a degree in Computer Science. I hated it. To much courses that didn't interest me (Math, Economics and some outdated technologies) and I didn't fit in with my peers who fit the profile of the stereotypical nerd. I needed something totally different. So I went to study Psychology (a haven for people who don't know what to do with their lives

) I have a Bachelor Degree in Applied Psychology, and although I started my Masters Degree in Psychology, I never finished that. After leaving university, I first worked as a headhunter specializing in Java developers. The 'wolf of wallstreet'-like mentality didn't suit me and after 5 months I quit and started working as a Business Development Consultant for an IT Recruitment company. Eventually I realized that the college I went to for my IT degree was a bad match, but I still like the world of IT. So I went looking for an entry level job in IT. I found a company that was willing to hire as a IT Support Engineer. I was lucky because the hiring process was not that good (as a former IT recruiter I would not have let myself pass

) and so my career in IT started. The company (despite not being a startup) still kinda functioned like one, and support ment: do what you can, and escalete issues you can't solve. By thaking some time after work to study, I quickly as able to handle more difficult support tickets.

Fast forward 3 years, and the company needed a new VoIP Developer. This is a very niche role. So instead of looking for one for months, and having to pay a big salary, they asked me (knowing I'm a quick learner) to fill in the position. So now I have been developing for about a year. I would in no way say I'm a experienced developer and that has hold me back to do Upwork stuff. But the one thing throughout my carreer is: I learn quick, so why not learn quick while doing upwork jobs.

I like the content of my job. But I hate the lack of freedom. I hate the ceiling on my salary. And I hate seeing my boss having multiple exotic cars on the parking lot, and realizing: this man got the confidence to start al these years ago, but he didn't have more money then I have now, he is not smarter then me,... So why shouldn't I become an entrepreneur.

So lets get started. Upwork might not be Fastlane. But it is a good step I believe in becoming independent, learning to work with clients, and making more money (that later can be used for a real fastlane business). And most important for me, it is a way to build confidence. Knowing that I can help random people with a problem and get payed for that.
Don't like ads? Remove them while supporting the forum: Subscribe to Fastlane Insiders.

I'm sumarizing the asignments that Lex Deville gives on his post, but I highly recommend watching his original post (which also include videos):

I rationally realize that I have so much more potential then working a 9-to-5 job while earning a limited income. Not knowing where to start and lacking confidence has held me back and I don't emotionally feel like I can do this (yet). I see upwork as a way of building that entrepreneural foundation. Proving myself that I can help random strangers to solve their problems and get payed for it. Also earning some extra cash on the side will be nice in elevating financial stress and saving up some money to finally quit my job and do Upwork fulltime. Once I do upwork full time, this is my foundation to look into the next step of building a fastlane business.

2. Describe your endgame in specific detail...
To quote Kevin O'Leary: I want to free myself from the shackles of life through wealth. The scripted life revolves around a job. I hate the idea of having just one life, and having to spend most of it on a job, while being denied so many beautifull experiences. I want to build a life for me and my family, free of financial stress. I want to have time to spend with my (future) children. I want my parents (who will retire in 5 years) to have more then they had ever had with my help.

3. How much money do you need to earn to make this worth it?
So this answer is only related to Upwork and not to what I want earn eventually with a fast lane business. I need to earn about 8K/month (before taxes) to have the same extra legal benefits I have on my job (incl. a car, insurance,...) and have a neth income that is about 20% higher then what I earn now.

4. Who am i failing if I give up or don't succeed?
Most importantly I'm failing myself. Upwork has next to no risk, the posibility to keep trying,... so I'f I give up on this, or fail to have the discipline to run this upwork business, then i'm pretty much saying to myself: you cannot be an entrepreneur.
I will also be failing my wife to be and my family. They all love me, win or lose, but knowing that they look at me with high regards, knowing what potential I have, I would feel like I'm failing them if I don't use this potential.

As many times in my life, I started something motivated and then I let life get in the way. So I followed the advice of Lex Deville's post and then I applied for like 5 jobs and that was it. My profile stood there for a couple of weeks.

Beginning of this week, I was complaining to my girlfriend about my job. Her response was: 'and how is that online thing going' - me: well applied for a few jobs and got no response. She: well, then apply for more. You are smart, but nobody knows who you are so nobody gives a F*ck about you online - We had a good talk that lit some fire under my a$$, and the plan became that I would apply daily for a minimum of 2 jobs.

Next day I got lucky. Someone was looking for something I could do but he needed somebody quick. And he only offered 10 dollar for the job. I got the job, and deliver more than he ask (because after deploying a security feature he ask for in the job, I helped him out with some other stuff). In total I spend about 2hours (yes, still for only $10) but this did the following for me:
* It showed me that I can actually have the skills to help a random client out
* It is great motivation, it might only be $10, but it is the first money I made online
* I got a great 5 star review with a message:
"He is a phenomenal Asterisk Developer. If you are having issue with Asterisk, he will help you. Besides, very polite and humble personality. Totally recommended. A++++"

So now I'm going to start to take this way more serious. My goal for 2021 is to build some money reserve on upwork, quit my job, and then devide my time working on upwork and setting up an actual business to, so I can work towards seperating my income from time.
F

Hey man, really good thread! I was wondering what happened with your Freelance journey?
Don't like ads? Remove them while supporting the forum: Subscribe to Fastlane Insiders.