A SCRIPTED Story... (I cried a little) 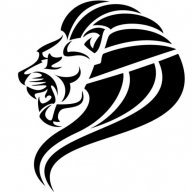 So a few days ago we recieved a package at our home.

My mom told me it was for dad.

Guess what it was?

My dad finally bought a drone.

I've been "discussing" this with him for a month. I tried to help him find a drone which suits his needs. But it was a pain in the a$$ for him. Because he didn't know what to choose.

But finally he found one and ordered it, without me knowing it. (He got it for his last birthday, which was on July the 30th last year (yes 2016).

Since I was a little kid, he always told me two things he wanted to have: a private airstrip for his fighter jet and... a rc helicopter.

So the latter was finally becoming reality (a sort of).

My father was still at work that day. So he would unpack his drone immediately that night. At least that was what I thought.

So the next day he would.

Instead of unpacking it on saturday (the next day) he didn't.

It stood there the whole weekend.

Nobody touched the package.

Not even he did.

Well, Sunday morning would be the day he would unpack this package, I thought.

But you guessed it already... he didn't

He had to work on saturday night/sunday morning.

Instead, he was the whole weekend busy doing gardening, helping his mom, watching news/tv and reading the newspaper.

He came to me on Sunday afternoon and said: maybe you want to unpackage it for me?

Why would he asked me?

I mean... it is his gift he got, and his sort of dream coming true?

To unwrap my dream present is the most exhilarating thing I can imagine (beside having sex on an airplane), so why does he ask me?

I didn't want to, because it was his thing, his gift, his dream. I wanted to see him happy with this thing.

So I said to him he has to do it himself, because unpacking is one of the most fun part of having a new gadget, I reasoned.

Well he finally did it before dinner...

He unpacked and unboxed that whole thing.

He looked at all the parts, and I helped him reading the manual (not because he cannot read, but because he hates manuals).

So he plugged the battery in the charger.

Two hours later we were finished dining, and coincedentally the battery was charged as well.

He puts the blades on the drone and the batteries in the remote controller.

There was the whole night to play with it (well for as long as the battery last).

But when he was figuring out how to start the drone he mumbled something... "actually I don't have time for this."

Well guess what, it was eight o'clock. News-on-television time.

Okay, legit... it is his standard routine, but afterwards he can play with it right?

I really wanted to see him playing with his drone. Being happy... After all, that was he said to me his whole life: I wanna have a rc helicopter.

But when the news was over he didn't play with it...

Instead, my mom went on to see her favorite tv-series.

He went on to see his favorite tv-series, with headphones and on his iPad, next to mom.

No drone, no playing, no happy dad.

I thought to myself: "no time?"

Nope, he just went on with his daily routine.

And I felt really sad after that.

Not because he didn't play with his drone. But because of the fact he was so unhappy in that moment (probably because of working last night, reminding him of being a slave of the system his entire life), that he couldn't even bring up the joy to play with his dream toy.

Someone build that drone for him. Little Chinese hands assambled that drone. Somebody imagined it and made it real. And my dad? He cannot even see the joy in it, and being grateful for the gift he got.

I felt his unhappiness.

I thought, I don't want to live like that. I HATE it.

Too old to even enjoy this little thing.

It made me realised one thing.

If you are unhappy, YOU are the only one that can change THAT.

Not your dad, not your mom, not even your girl-/boyfriend or a toy you wanted so bad.

No... You are the one responsible for your own happiness.

YOU are the one that can alter the course of future generations to come.

Choose happiness NOW, don't wait for the day when you finally can afford that dream car or home.

Because when that day arrive, maybe you are already too old to enjoy it. Or you come to the realisation that it is'nt about the toys, but the journey.

Work on happiness today!
Don't like ads? Remove them while supporting the forum: Subscribe to Fastlane Insiders.