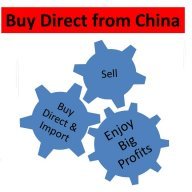 I saved that $47 out of the paltry wages my employer paid me while for 3 years I doubled sales on a compounding basis. Household overheads were paid through the system of putting coins in a number of jars under the kitchen sink, so that we could be sure to meet those essential bills.

My employer had repeatedly promised a raise, but it didn't eventuate until I chose and appointed an extra salesman to help me handle the ever-increasing number of customers. When I presented my first choice after interviewing 32 applicants, the MD agreed that he was by far the best.

Negotiations began and the novice candidate was offered exactly the amount I had been receiving for over 3 years. I said nothing, and after a few hours I was called into the office and told they would now pay me an extra $20 a week because of my new responsibilities.

I just smiled and thanked him, but I already knew what I wanted to do. The straw that broke this camel's back was the appointment of two more men.

The first one was to be a sales representative for an interstate office that I had set up. He was paid 50% more than I, because he had impressive letters after his name. His sales were close to zero, so he was promoted to product development where his chemical qualifications would supposedly benefit the company.

About the same time, in order to obtain much needed money for the expansion that I was causing with so many sales, they appointed a director with plenty of cash. He was a soap salesman (Sales director of Colgate Palmolive), and wanted to teach me to sell. That was IT!!! I resigned.

Then, after being in the wilderness for a year, unable to get a worthwhile selling job because I had no letters after my name, I started my own business because I knew how to greatly improve some of the chemicals I had been selling successfully.

The cupboards were nearly bare, and so was the bank account, but by a stroke of luck, without a credit rating, I was able to negotiate a monthly account with a huge chemical raw materials company, because the sales manager was a neighbor.

Using a large sample from that company, I sold a 44 gallon drum (bearing my label) by demonstrating as already described to a manufacturer. My gamble paid off. I thought that product would fix a serious problem that I knew existed - and it worked!

The profit fed the family, paid some bills, and enabled me to pay the supplier. I immediately set out to blitz the industry with that product, and made numerous sales by demonstrating it. In the process I discovered other problems for which there seemed no solution, so I started experimenting and came up with formulas that worked.

An exporting empire was born.

Walter
Don't like ads? Remove them while supporting the forum: Subscribe to Fastlane Insiders.
Last edited: Feb 6, 2022
For Rapid Scaling to the Fastlane Read "FRANCHISING YOUR WAY TO THE FASTLANE". ( I say: Sell franchises, don't buy them) To learn safe worldwide sourcing and importing Read "PROVENGLOBALSOURCING". To learn how marketing psychology should guide your branding and labeling: Read "EXPLOIT The Power Of Psychology, Persuasion, and Emotion".
Find them in either WalterHaysBusinessBooks.com or here on the forum:
MARKETPLACE Walter Hay's Business Books

After answering a question in the thread:


Business is easy and it affects forum participation from heavy hitters​

about what life was like in the 50s and 60s I decided to add to it but I thought the appropriate place was here, and that I would start with my mother and sisters' move to the big smoke, because I had left this part out of my Featured User thread.

During and for at least 10 years after the war there was a housing shortage and also a labor shortage. My mother had arranged to stay for one week with relatives in Sydney while looking for a place to rent and to seek employment. It was a small house, so the five of us slept on the floor.

In the course of that week mum and my 3 older sisters obtained jobs, but the rental market was very tight. My mother was very resourceful, and persuasive, so when she saw an apartment for rent near the CBD, she went early, and was temporarily dismayed at the sight of a long line of women lining the staircase from the door of the apartment all the way to the front door of the derilect old mansion that had been divided into 4 apartments, sharing one bathroom.

She turned away, but never one to give up, she intercepted the fur coated landlady and offered to pay an extra 50% over the advertised rental, and offered the first week's rent on the spot. The rent was equivalent to more than half a week's wages mum would earn in her new job, but the alternative was for us to sleep under a bridge.

The owner announced to the line of women that the unit was no longer available, and that almost started a riot.

We moved in the next day, with only our bundles of clothes and a couple of blankets. We slept on the old linoleum covered floor. To call it an appartment was an exaggeration. There were 2 rooms, one large one which we used as a bedroom/living room, and the small one was called a kitchen, but all it contained was a bench along one wall, with a single ring gas burner in place, but no running water and no facilitiy for washing up.

Mum bought a second hand double bed complete with bed bugs and a useable mattress. I was warm, sleeping between my mother and eldest sister, while the other two older sisters slept at the other end. My baby sister slept in a box.

Some time later we discovered that the old mansion had been used as a brothel. Sydney was host to a large number of US servicemen on R & R before their trip home. For a few days they were knocking on the door, and were told in no uncertain terms that the business no longer operated there, so please pass that message on to all of your buddies. It worked, and we had peace and quiet.

Unfortunately a local drunk didn't get the message and began hammering on the door with his fist, demanding to see the "good time girls". It was battle stations! We all lined up behind mum behind the door. She waved an empty bottle above her head, and my sisters wielded brooms and mops, while I a scrawny little almost 5 year old held a stick.

Mum flung the door open and we all charged out brandishing our weapons and shouting dire threats, at the same time beating him. The drunk fled in terror and we never heard from him again.

I was entrusted with a door key, and taught how to light the gas burner, so that while not yet 5 years of age I could cook an evening meal. Most of what I cooked consisted of vegetables and other scraps of food from the restaurant where mum did the washing up after working all day as a dressmaking machinist. I guess you could call the meal soup or stew. Whatever it was, it filled our bellies. What more could hungry people want?

Walter
For Rapid Scaling to the Fastlane Read "FRANCHISING YOUR WAY TO THE FASTLANE". ( I say: Sell franchises, don't buy them) To learn safe worldwide sourcing and importing Read "PROVENGLOBALSOURCING". To learn how marketing psychology should guide your branding and labeling: Read "EXPLOIT The Power Of Psychology, Persuasion, and Emotion".
Find them in either WalterHaysBusinessBooks.com or here on the forum:
MARKETPLACE Walter Hay's Business Books