Some Thoughts On Entrepreneurship: Gurus Using Huge and Fast Gains To Draw You In 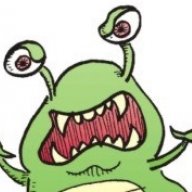 Many people who buy into guru courses may not realize the amount of hard work involved to start a successful business.

That’s because huge/fast gains sell. People love to follow the latest trends like cryptocurrencies (1). They don’t realize the most seasoned investors like Buffet all believe in investments that act like tortoises…: slow and steady wins the race; mitigate volatility and risk by understanding how...not just gamble.

Many gamblers of the stock market don’t realize Warren Buffet made his first million around 30. By then he has been investing for 15 years or more.

He started when he was 11. From doing paper routes, buying farmlands, and having pinball machines… he accumulated about $6,000 by the time he was 15.

Even with hard, consistent effort, it took Buffet until he was 30 to make his first million. By around 32 he made his second million. 2 more years he made around 7 million. He reached 1.5 billion at 56 years old. All through slow and steady investments not unlike the owners of casinos.

Casino owners work with manageable risks instead of being owned by greed/fear. Every game they own is rigged in their favor. Even the stock market is rigged (but that’s another discussion).

Why did I talk about all of this? Because guru capitalizes on these basic emotions to make gains they may not deserve. Most suckers actually need the gains the most; it’s just sad suckers don’t realize the guru game is rigged, similar to casinos and the stock market.

Also people with no life like me are consistently gaining knowledge and trying to rig people’s buying decisions. There are more than enough people with no morals and infinitely smarter than me doing this.

The other reason I talked about Warren Buffet is that his infinity project (ref: Andy Black's post) is investing. He might be rich, but he still live humbly in his old home.

Whereas gurus chase the gold from other people’s despair, we can learn from Buffet an important lesson. That’s developing standards.

I sometimes feel like gurus are children vying for attention with their over the top campaigns and photos of their shiny new cars. I can’t help but think they’re going for the ego-validation as much as going for the money.

But a straight shooter like Buffet, the adult… he goes for the kill. He is not distracted by shiny cars, women, booze, drugs, etc. He has standards, and now he’s worth about 85.5 billion.

Developing standards is a part of growing up, personally and financially.

I don’t think there is anything wrong with getting rich to earn the freedom you deserve. I just can’t help but think gurus are doing it the wrong way. It almost seems like I can predict some gurus' future: They will lose the money, earned from desperate people who need, in some stupid distractions like going after tails.

It literally doesn’t help anyone.

I also just wish people realize how lonely and a struggle it is to work by yourself day in and out. Entrepreneurship, something gurus try to sell, really have to come from the heart. You are making the ultimate investment in yourself, so you better burn the ships. No fast and huge gains here, but one can hope.

(1) Consider when bitcoin was introduced there are millions of speculative investment opportunities out there. Thinking you had a shot without knowledge is like playing a game of bingo. Many believe they're 1 slot away from winning when in reality many people also had only one or a few combinations away. It's easy to overestimate your chances of winning. Since cryptocurrency hit the mainstream, it's also easy to let huge/fast gains convince your greed to act on your behalf and give you a billion self-justifications. (ref: Robert Rapier)
Don't like ads? Remove them while supporting the forum: Subscribe to Fastlane Insiders.
Last edited: Apr 2, 2018 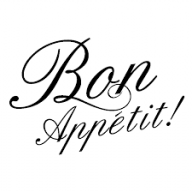 Gurus who sell huge gain fast gain are targeting human nature weakness. People want everything by doing nothing, people don't want to put effort, people don't want to go into a long difficult process. It's exactly what MJ said and he talks about the shortcut scam. People focus on the event and want to avoid the process.

Most of us won't admit it, but we all want things to be easy.

Most will say things like they're too busy, etc. to take on business risks that could make them financially stable for life. Even if they have great advantages and odds.

Maybe they're too comfortable.

That is why gurus sell shortcuts, secrets, miracles, and the 10 step programs...so they can continue to be comfortable and take some sort of advantage.

This is our primal emotion called sloth working.

We are afraid of wasting time, and we would gladly give money to someone else if we believe they will save us time.

When someone tells you it's about the process rather than the goal, people might interpret that as work and more work; wasting time.

Guru takes advantage of this. Maybe they figured something out that we haven't. Maybe they know something we don't know because they're on the 'inside.'

It's also why testimonials from real people work to convince us to buy. Amazon rating/review system is legendary. Now there are plugins etc that give fake reviews to play on our belief systems.

The real problem is when gurus can't deliver because of lack of experience.

96wells said:
Most of us won't admit it, but we all want things to be easy.
Click to expand...

It's like saying, "Hey, have you ever noticed that every human being breathes air?"


96wells said:
That is why gurus sell shortcuts, secrets, miracles, and the 10 step programs...so they can continue to be comfortable and take some sort of advantage.
Click to expand...

Simple supply and demand. When you target a default human nature, the selling process is much easier. When you sell "process", then it's an uphill battle.
Don't like ads? Remove them while supporting the forum: Subscribe to Fastlane Insiders.

totally agree, gurus take advantage of human nature, they sell magic pills that will give instant results because it's what people wants, and sellers are able to extract money from this.

On the otherside, if you try to sell "true value" where a long and difficult process is required, this is perceived as annoying for people.

So many examples out there, I like to give example of politics where candidat X promise a lot of reforms that are sweet to hear but non-applicable VS candidat Y who have a geniune plan, is willing to take action to improve the country but his actions are unpleasant to hear. Guess who will be elected?

Another example, simply take books like Fastlane or Unscripted vs any piece of crap that will sell easy method to get rich, same deal. 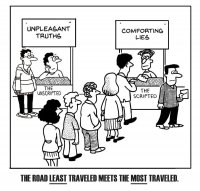 MJ Cartoon that speaks from itself