Rick and Morty: Evil Morty as an example for a Fastlane success ? 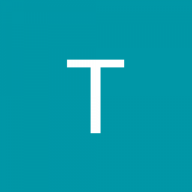 I recently watched the ending of Rick and Morty again and came to the following thought process.

Evil Morty is an example for a Fastlane successor.

Mortys (slow lane people) are just tools for ricks. They are produced by Ricks so they have a constant supply of it. When a Rick loses his Morty, he just gets replaced by a new one. Almost any Rick treats his Morty like shit. Ricks doesn't care what their Mortys wants. Yes, sometimes Morty seems to be happy, but it never lasts.
Evil Morty was the first one who wanted to quit (FTM). He decided to put all his effort in becoming the president of the citadel of ricks so that in the end he can finally escape the "Finite central curve" (Slowlane).

PS: In the show he even says: "I am leaving it, that's what makes me evil"

He enters a yellow portal and for the first time seems to be happy.

That's just my two cents. What do you think ?
Don't like ads? Remove them while supporting the forum: Subscribe to Fastlane Insiders.