totallybroke said:
Dropping these here
Disclaimer: This is an ADVERTISEMENT
View: https://www.youtube.com/watch?v=p9yJhA4RXKc


Is anyone here going to buy NAD+?
Click to expand...

Meaning when you drink alcohol it turns into poison but chemically in the process you can't process glucose causing low blood sugar.

You cells have these things call Mitochondria(which are really ancient bacteria). They're the powerhouses of your cells. When you drink alcohol, it goes through the Krebs cycle of cellular respiration. The mitochondria processes alcohol dehydrogenase(an enzyme that catalyzes the oxidation of ethanol) into acetaldehyde(a poison). A byproduct is NAD+ which halts glucose synthesis.

Remember everything is either transformed or transferred into something else. Everything in nature is recycled.

I'm Type 1`Diabetic. my Endocrinologist tells me horror stories all the time of diabetics dying in their sleep from drinking alcohol.

In this video, host Sarah Westall interviews Dr. Bill Andrews (remember him from the OP?) and Dr. Jeff Mathis about where they stand with their telomere lengthening research. Clearly aging (in humans) wasn't cured within one year as with his original prediction; however, human trials are set to begin this month or next month. I've highlighted some other key points below since the video is 46 minutes.


Some takeaways I thought were worth summarizing:

If anyone of you are not working out that is the number one thing you can do for health imo.

This is the third time I've fallen off the wagon a bit since I started a few years ago but I'm getting back to it regularly now and I feel so much better.

This is the 2nd or third time that a predictable pattern has happened. Every time I haven't squatted heavy for a certain time and I come back to it, I get sick after my first big work out.

Why is this? The demand exercise places on the body is HARD, especially compound lifts. But the benefit you gain when you regularly do these is that your body responds by becoming stronger and more resistant to disease, inside and out. I feel like a superman every time I crush a hard workout once I'm on the path regularly, and it gives me so much energy, power, clear thought, determination, and peace of mind.

The 2nd best thing is to be hungry every once in a while, this clears away a lot of junk in the body that can build up if your nutrition is always met by food every few hours.

The vast majority of general health problems that afflict the general population like heart disease, most cancers, etc are fixed by doing just these two.

Its for a rare degenerative nerve disease (runs in my family)

Heres the kicker though ill ELI5 how this drug works. Its telling the dna in your cells mitochondria (the cells power house) to create more proteins associated with antioxidant activity while simultaneously telling it to stop producing proteins that are inflammatory.

So instead of taking vitamin c and tumeric and receiving anti oxidant and anti inflammatory effects endogenously (from outside the body) , its forcing the activity upstream right at the cellular powerhouse.

The fact that a medicine exists to do this , is proven and is seeking fda approval is nothing short of a medical technology hail mary.

The amount of associated discoveries and followup drugs and supplements that will be available now that a drug pathway to get this to work has been validated is nothing short of stunning.

Were a real step , a real empirically tested scientifically sound step closer to an honest to god anti aging pill. If you can modify the pathway for a few proteins coding information with this precision it opens up just entire avenues that were science fiction not ten years ago.

This guy is on the cutting edge of anti-aging research. Highly recommended.

Bill Faloon of Life Extension is live now with the Perpetual Life Church Life talking about the latest and greatest in reverse aging and life extension. 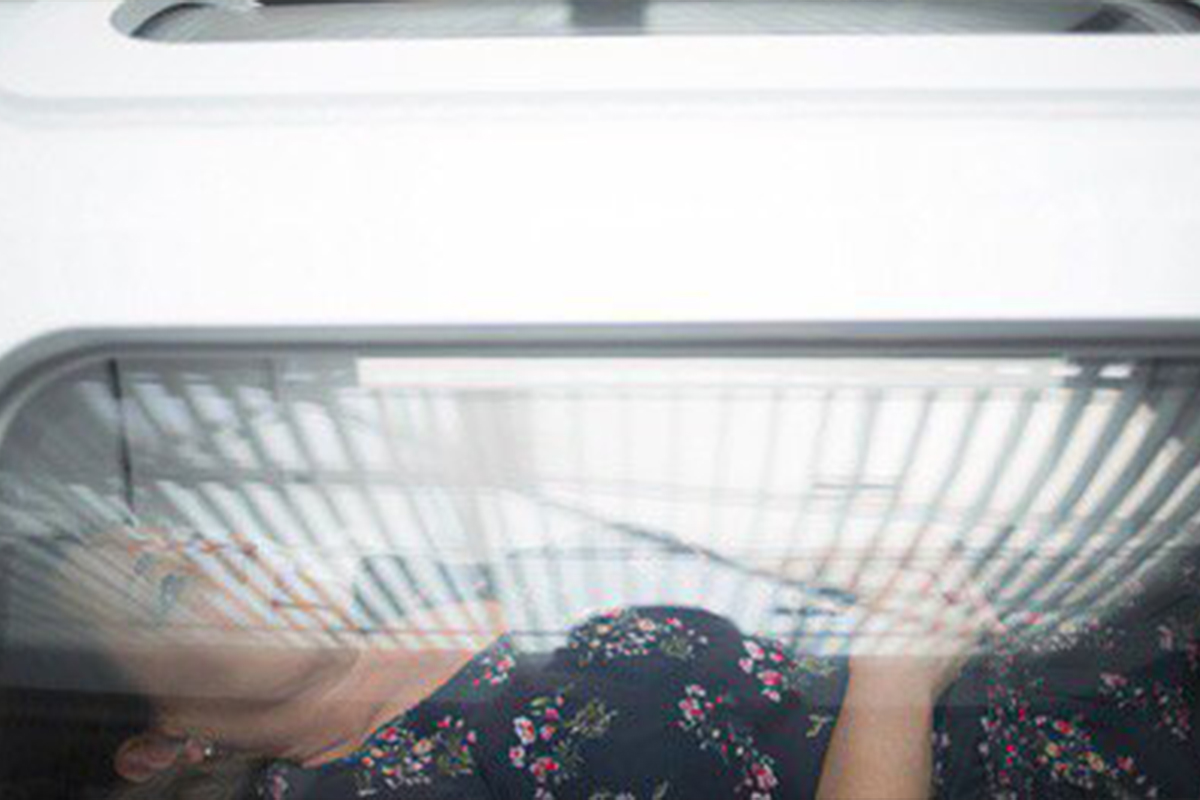 Ageing, which happens over time in humans, has been biologically reversed by hyperbaric oxygen therapy, according to new research from Israel

Scientists, led by Yafit Hachmo, from the Research and Development Unit, Shamir Medical Center, Tzrifin, Israel, turned back the human clock for 35 adults aged 64 and older by reversing two key areas of the body thought responsible for the frailty and ill-health that comes with growing older. Protective caps at the ends of chromosomes, known as telomeres, shorten, causing DNA to become damaged and cells to stop replicating as people age. At the same time, senescent cells build up in the body, preventing regeneration.

Increasing telomere length and getting rid of senescent cells is the focus of anti-ageing research, with drugs being developed to target those areas, The Telegraph reported.

The 35 patients were repeatedly given pure oxygen in a hyperbaric chamber, which increased the length of their telomeres by 20%, a feat that has never been achieved before.

Scientists said the growth may mean that the telomeres of trial participants were now as long as they had been 25 years earlier.

The therapy also reduced senescent cells by up to 37%, enabling new healthy cells to regrow. Animal studies have shown that removing senescent cells extends remaining life by more than 33%.
Click to expand...

This may be a solid business idea for someone in the near future.
Last edited: Nov 23, 2020
Get My Freelance Training Here​

Ageing, which happens over time in humans, has been biologically reversed by hyperbaric oxygen therapy, according to new research from Israel

This may be a solid business idea for someone in the near future.
Click to expand...

I wonder what the margins on a fancy health spa are?

Seems like something that wouldn't scale well since youd need the boujie customer base.

tl;dr: Has anybody a good and trustworthy source for NMN?

After reading David Sinclairs Lifespan book I'm very tempted to try NMN. If you are interested in what the author takes today, this website provides a good write-up with sources:
David Sinclair Supplements - What He Takes & Where to Buy - NMN, Resveratrol & Metformin

Unfortunately it seems to be very difficult to find a good source that meets my demands:
- capsule form
- third party tested for purity AND absence of heavy metals
- micronized for better bio avialability
- under 4$ / gramm
- trustworthy manufacturer

I now spent more than 5 hours trying to find that. Haven't found it on Amazon. Many other sites google offers seem to be shady or too expensive. effePharm from Shanghai seemed promising. But after a quick research it turned out, that the building on their website was just a stock photo and is not to be found on google maps sattelite pictures. That is not trustworthy to me. Nadiol doesn't seem to test for heavy metals and is not mentioned if it's micronized (so I assume it's not - still wating for a reply from customer service). Some german webshops are so laughably bad that I consider making a better one myself.

@Lex DeVille @LifeTransformer
So if you take NMN, where did you get yours from?

And did you test the results using a horvard clock analysis?
Last edited: Dec 18, 2020

There is also a pretty interesting critical article about David Sinclair. Especially the part that over the years there were several studies that could not be replicated by other scientists/labs.

Has Harvard's David Sinclair Found the Fountain of Youth?

Anyone have a good supplement stack for someone starting who's in their mid 20's? @Lex DeVille are you signed up for cryonics with Alcor? Looks interesting

Moneymakermitch said:
Anyone have a good supplement stack for someone starting who's in their mid 20's? @Lex DeVille are you signed up for cryonics with Alcor? Looks interesting
Click to expand...

No, not with Alcor. Cryonics Institute.
Get My Freelance Training Here​

MARKETPLACE Fox Web School "Legend" Group Coaching Program 2021
I thought I would post up the first video from the newest 2021 program content... Just a...
Friday at 5:37 AM
Fox

MARKETPLACE Kill Bigger Incubator
I have not offered one of these in a while, but it looks like I have time to take on an...
Tuesday at 1:17 PM
Kak

MARKETPLACE You Are One Call Away From Living Your Dream Life - LightHouse’s Accountability Program ⚡
Hi Andreas, It is per month, with the first month being half. This is a great question, I...
Feb 17, 2021
Andreas