Is MLM so bad?

Its a fantabulous idea because you get to tell everyone about the great sage Kiosaki. You also get to ask every random person to meet with you for a “job opportunity.” And circling giant numbers on a piece of paper is the icing on the cake.

Are MLMs bad? Yes and no.

Is your goal to make a worthwhile living while maintaining a work-life balance and a social circle? Then yes, MLMs are terrible.

Is your goal to put a few extra bucks in your pocket, and you've found a company that allows you to sell a product people actually want? Then no, MLMs aren't that bad.

1. A friend of mine got into insurance sales in a MLM structured company. After working 60-hour weeks and wringing his network dry, he had made $29k in a year. He spent a whole lot of time and annoyed a whole lot of people just to find out he could make more working in a warehouse 30 hours a week. Clearly, the MLM wasn't what he was looking for.

2. My wife wears Colorstreet nails. They're essentially nail polish strips that come in different designs. They're sold by consultants in a MLM structured organization. She would get a dozen compliments on her nails a week, and would often refer people to the consultant she purchased from. She became a consultant simply because she could pull 25% from selling these nails to people instead of referring them to someone else. No pressure, no cold outreach, and no expectation since it's not her sole source of income. This is the ONLY way I'd recommend an MLM.

Bottom line - It's not fastlane and definitely not worth pursuing as a career.

ScottRams said:
Is MLM so bad?
Click to expand...

MLM's are not only bad, they're worse than people usually think they are

Sucks money out of people. I've heard of people going thousands of dollars in debt buying into MLMs

Gives people false hopes of making hundreds of thousands, sometimes millions of dollars, when in reality they almost always end up with less than minimum wage

Promotes products which are subpar at best, and downright dangerous at worst. (A few times I've seen MLM products actually be good, but these cases are extraordinarily rare)

Uses purposely deceptive tactics to lure members. They often promise people a luxury car. One person was told they would get a Jaguar for signing up, and they got a 20 year old Jaguar in poor condition with the MLM logo plastered all over it which they had to lease.

They prey on vulnerable and uninformed people. Usually stay at home moms, and people from small towns with minimal education. I even heard one story where members would hang out at a library and go to where mothers have story time for children. They would then corner the mothers and pressure them into signing up.

Pushy and rude sales tactics. They always act really condescending like they're "gonna help you get out of a job and get financial freedom, you just have to want it enough!" Like STFU.

Encourage people to sabotage all their interpersonal relationships. Every friend, family member, and anyone you ever went to high school with is just a sales opportunity. Check out this fb post 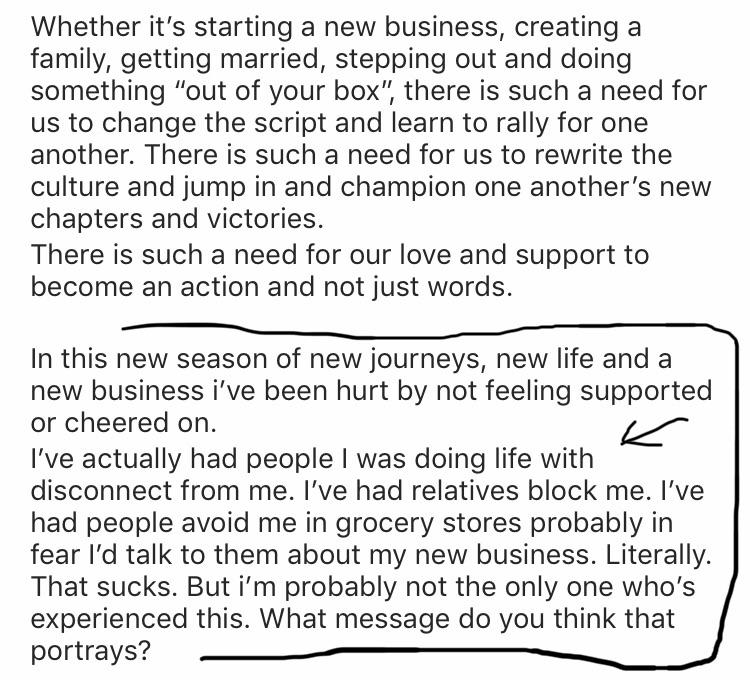 Congratulations, everyone hates you now. And they're either too stupid or too deep in the shit to know why.

Make people wearing new friendships. They act like they're your friend and then you find out you're just a new sign up for their scam.

I could keep going on, but the bottom lie is yes MLMs are literally cancer. It's amazing how they're legal and they 100% deserve the negative reputation they have. It's an embarrassment to mention them in the same sentence as any honest entrepreneur.
I'm not talented, I'm obsessed.

MARKETPLACE You Are One Call Away From Living Your Dream Life - LightHouse’s Accountability Program ⚡
Here is the talk I gave at the 2020 Fastlane Summit on Mastering your Mind In this video you...
Today at 12:16 PM
LightHouse

MARKETPLACE Lex DeVille's - Advanced Freelance Udemy Courses!
LATE BIRTHDAY! I'm behind on everything this month, including getting promos out. Sorry, my bad...
Tuesday at 3:12 PM
Lex DeVille