(Hint: The Tab On The Left Is A Spoiler) 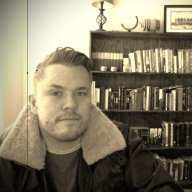 I'm Jonathan. New here, but not to online marketing. That journey has been secondary and routinely tucked in my pocket since 2005, while I was finishing my time in the USMC Infantry.

Up until recently, I've been known to be a wanderlust, both geographically and mentally. I just couldn't seem to keep myself on a single project for longer than a month or two. I'm serious. I have work experience with 12 jobs in 17 years, participating in 5 vastly different industries! And to make things even more ridiculous, I simultaneously started and grew 18 online businesses on the side. And somewhere around 50 private blog network sites on the side of the side.

Although most of these businesses shared the same fate (failures), most were plagued by issues that could have been easily fixed. By not having systems in place to ensure their success, most of the sites are tucked away in a folder called business ATTEMPTS. And/or Case Studies.

You see, I would become obsessed with an idea, and run with it. I would have an issue with something in my life, which was immediately followed by looking up information and solutions. And then I would inevitably say something to the effect of, "I can do better than this professional!" So I would go and build a site!

The problem, was that I wasn't mastering techniques necessary to building online sites. (Does anyone remember dreamweaver? The OG Drag and Drop!) And because I didn't know what I was doing at the beginning, I had a 100% success rate at failing.

(edit: I should clarify that failed in my context, may not be failed to others. I'm specifically referring to not being able to replace my day job income.)

And as fate would have it, my mind would already be done and over with the last failed project. So I would start a new project! Naturally, each site was a little better than the last one. And most of the previous sites would be sold off, to keep clear.

But if there was one thing I was always F*cking amazing at, was providing maximum customer value. And it drives me absolutely nuts how commonly terrible and widespread bad customer service is. I have a few friends who think similarly, and it dawned on me that my calling was somewhere along the lines of providing a golden standard for businesses that sucked.

As good that my intentions were, nobody wanted to pay to have someone tell them they were assholes and their businesses had shitty ratings because they deserved it. So I morphed into only helping awesome people!

It was my uninterested-in-my-daily-fad wife that first noticed how I would light up just a little brighter, when talking about all the amazing potential people had within their businesses. She was right. I light up when helping other people realize their own potential. I probably should have known that.

But my mantra has always been "I hate people." What I didn't know was that my mantra was incomplete. It should read, "I hate people that deserve to be hated," because I actually love working with good people!

(Edit: Added the moral of the story. Was writing this asleep last night I guess?)
One of my favorite projects so far, was working one on one with GOOD CLIENTS in the ORM business. But 10 years ago, I didn't have the skillset that I do now. I didn't have a firm grasp on designing sites. I wasn't able to write compelling and persuasive copy. I didn't know how to carefully guide my potential customers.

The bottom line, is that I needed time and more than a decade of failures, to force me to learn how to develop systems that are able to guide me to success.

So, here's what I'm shooting for this year. Focusing on building a highly scalable B2B business. Initially working with solopreneurs to help get people out of the scripted world of building other people's dreams. And as a proving point, I'm going to use the systems to build the site that provides the systems!

From the get go, I'm keeping scalability in high priority and on my mind. This means I need to have a great training process for an internal team so they can produce to my given expectations. As growth permits, I will be expanding into providing high ticket services to established businesses.

So, that's the condensed version of where I've come from, and where I'm going.

Catch you on the flipside...
Don't like ads? Remove them while supporting the forum: Subscribe to Fastlane Insiders.
Last edited: Jan 18, 2019 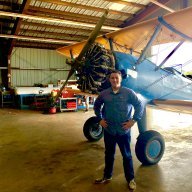 Welcome to the forum. Marine here too, POG, but I’m cool haha


Looking forward to seeing your contributions. There’s a lot to learn here.
Click to expand...

Thanks. Seems there's some pretty good stuff in here, so I'm glad to be among good company.

I edited a couple spots where I left glaring holes. Notably at the bottom.

When I initially typed this up, it was way too F*cking long, so I deleted a ton. Didn't realize that I deleted the "moral of the story..."

Welcome aboard Jon, appreciate the intro!
Don't like ads? Remove them while supporting the forum: Subscribe to Fastlane Insiders.

Hey I actually have to thank YOU! I tried to send you a PM just now but got an error message. Too many groupies? Oh well.

Anyway, I wanted to thank you for providing a place where entrepreneurs can congregate and help each other to break free from the chains of slave waging. And I am excited to be contributing to a community where I can provide value to receptive entrepreneurs, looking to build real wealth.

Where I have spent my last ten years online, has become saturated with 3rd world dreamers hoping to make $50 monthly from adsense spam blogs. My obsession for high quality often fell on deaf ears. Sad but true.

Also please don't take this the wrong way, but I cringe when being called Jon. I figured that I would just use my real name, instead of a username like "Sensual Tyrannosaurus."

Side note: What is the Rep Bank for?

Jonathan Hoch said:
Side note: What is the Rep Bank for?
Click to expand...

Just a forum metric in determining how much value you've contributed to the board over the years. At the moment, it's just internet points that buys nothing but respect around here.

MJ DeMarco said:
Just a forum metric in determining how much value you've contributed to the board over the years. At the moment, it's just internet points that buys nothing but respect around here.

A visual representation of providing value. That's actually pretty slick. I like it!

Off topic: Do you have a thread showcasing your stable of cars? If not, it can still be your idea...