experience with Deed in Lieu of Foreclosure?

I got contacted by somebody that is about to lose her house on foreclosure. I was reviewing many options for her, but none of them seem to be effective in her case. I do know that one alternative is to give the house back to the bank with a 'Deed in Lieu of Foreclosure'. Does anybody here has experience with this situation? What is the impact on her credit report?

I googled it and found two interesting links:
An example form: http://www.afscanhelp.com/pdf/deed-in-lieu.pdf
Text with some details: http://kaktus.com/real-estate-forms/free-forms/deed-in-lieu-of-foreclosure.html

I appreciate any input.
Don't like ads? Remove them while supporting the forum: Subscribe to Fastlane Insiders.
Boring and steady makes you money. Do not get distracted by shiny objects.

I'm surprised nobody else has had experience with this. tbsells? russ? anyone?
Boring and steady makes you money. Do not get distracted by shiny objects. 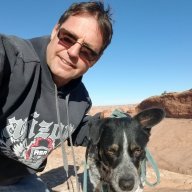 I'm guessing that this has not been a common procedure for a while. If many of the other techniques are not going to work in this situation, I am assuming that the owner does not have a lot of equity. What about a short sale?

Do you have more details?

In any event, if the lender loses money, they will likely file a judgement.
T

Andviv,
I was reluctant to jump in on this because I don't know much about the topic. Like Steve said it has not been used much lately. For a long time people tended to have equity and would sell the house before they got in trouble. With all the negative equity (upside down) people out there it will get popular pretty quick. One thing I have heard more than once is a major problem is the following: If you deed in lieu a house back to the lender you get a 1099 for the entire mortgage balance. The IRS considers debt forgiveness to be income. They did forgive the debt. But what about the value of the house you gave them? Its not considered. You get a 1099 for the whole thing. I'm not sure about this. But, I have heard it several times from different sources. Usually its from a seller who has been told that and is relaying it to me. They usually think anything is better than deed in lieu. Even foreclosure. I am hesitant to post this because I have never verified it and it don't sound right. But, I've heard it many times and the sources always seem to be pretty sure they don't want to deed in lieu no matter what. On a short sale you just get a 1099 for the difference. Lets say you owe $100k and the sale of the home nets $85k, you get a 1099 for $15k. If you deed in lieu you get a 1099 for $100k. Again, I don't know this for sure. It may be a common misconception. People in this situation need to consult with an attorney. Maybe this will help start a discussion. I tried.

SteveO, tbsells, thanks for your input.

Yes, as you can imagine, there is 0 equity. The FMV is probably $240K and they owe $275K (bought at the height of the market). At the time of the purchase (Nov last year) she was able to get 100% financing and closing costs were covered by the seller.

The bank is offering them to add the money they owe to the total owed on the loan and recalculate the monthly payments, but she cannot make it either (she can't pay them now, she won't be able to pay them a higher mortgage). Yes, probably a short sale would work... if you happen to find a buyer for the property, as current ongoing rents for properties in that neighborhood are $1500/mo and buyers are nowhere to be found. She asked me if I wanted to buy it but that is not part of my plan, plus I don't know what the bank would want for it.

tbsells I agree with you, that sounds like one of those misconceptions, like when people used to tell me that they could sell their primary residence and roll that money into another primary residence without paying taxes on the gains, while having living in the house for less than a year (you wouldn't believe how many people actually did this when the properties where going up in value $10K to $20K per month). I think it is a good idea to start asking RE lawyers about the implications of DILs.
Boring and steady makes you money. Do not get distracted by shiny objects.
D

I'll pop on this weekend with my comments. I've had lots of clients do them and have done a couple myself.

Here's a hint - i search every morning for "Diane" (which until we get another Diane will work) and answer those posts, if I can help.

Diane, please do not forget about this thread.... thanks in advance.
Don't like ads? Remove them while supporting the forum: Subscribe to Fastlane Insiders.
Boring and steady makes you money. Do not get distracted by shiny objects.
D

Thanks for the reminder!

In the strictest sense, a "deed in lieu of foreclosure" means that the borrower gives back their house to the lender. There are some creative real estate investment strategies that we've used with this that I'll explain in minute. But, first, I want to cover a couple of warnings and misconceptions.

The "deed in lieu of foreclosure" does not make the debt go away, in many states. For example, if you have a loan that is greater than the value of the house (due to over leveraging or decreasing value), the bank is going to have a loss when they sell the property. In most states, they have the right to go back after you for that loss. So, in the case of your friend, she might turn over the house - ruining her credit in the process and find out the bank is still coming after her for the difference between what they ultimately sell the house for and the loan amount.

There is also a tax issue. She has a foregiveness of debt for the property. This partially sets up the basis in the property, so when all is said and done, the only tax issue is really that left over amount (between the mortgage and FMV). If the bank forgives, it is taxable. The only exception is if she declares bankruptcy or is "insolvent." If the bank doesn't forgive it, they'll come after her.

In most cases, banks are forced to write down the value of the REO (real estate owned) that they get through DILF and other means by 1/2 percent per month. Plus, the REO is considered a bad debt and reduces their ability to make other loans (based on a formula given to the bank by the feds). If the bank is experiencing a lot of REO, they are much more likely to allow a short sale.

The advantage of the short sale is (1) to the borrower, they can get out of the property without owing additional amount on the deficit. THeir credit still gets trashed, though. (2) to the bank, they move the property quicker, (3) to the buyer, they can often pick up a property with little or no down and favorable terms on a new loan from the bank.

Our strategy for this market right now is to avoid buying short sales in declining market and not go after lease-options. We're still waiting and going to cash. Our plan (which may or may not work out) is to look for a bank that has picked up a number of REOs and then make an offer for a "chunk" of them at a deeper discount. Let the bank hold them and season them a little first.

Andviv: For your friend, I don't have great advice. If she's married, try to save the credit rating of one of them. My husband and I always buy properties under just one of our names. We did that originally to double the number of loans that we could get under traditional programs. But, it's also a great insurance policy if bad things happen. We could save one person's credit rating if everything suddenly went down.

Thanks a lot, very good information. I will go back to her and see if a short sale is the best alternative. I will post more details if something new happens.
Boring and steady makes you money. Do not get distracted by shiny objects.

I met a person last weekend that is going through this process right now. She told me that the bank has said that they probably will not come after her after the process is complete, but there were not guaranties.

Is anybody else seeing this lately?
Don't like ads? Remove them while supporting the forum: Subscribe to Fastlane Insiders.
Boring and steady makes you money. Do not get distracted by shiny objects.