Say "NO" to mediocre living rife with jobs, ascetic frugality, and suffocating savings rituals— learn how to build a Fastlane business that pays both freedom and lifestyle affluence. Join more than 70,000 entrepreneurs who are making it happen at MJ DeMarco's Fastlane Entrepreneur Forum.
Join for FREE Today
Get the books
Remove ads? Join Fastlane INSIDERS
(Registration removes this block)
Social media marketing, advertising, and growth
Sort By Best Posts 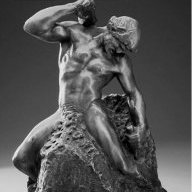 Forums and blog posts keep saying that iOS 14.5 killed facebook ad tracking, I'm posting this to explain why that's not the case. To investigate I went to the source (the apple dev docs) and deciphered them so you don't have to. 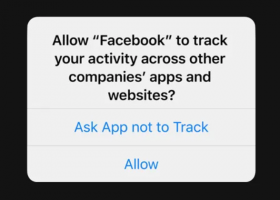 Almost everyone is tapping 'Ask App not to Track' so why isn't this an issue for tracking your ad performance?

The iOS 14.5 privacy update is an issue for cross-site/app tracking but not an issue for tracking events (like purchases) on your website. This is actually explicitly described in the tracking prompt which user's see but FB changed the conversation to Apple is hurting business (it's really just hurting their partner ad network and data collection). It really shouldn't affect much with regards to first-party tracking. To explain why, I'll decipher some of the dev docs.

1 - What does that prompt actually mean?​

"While you can display the AppTrackingTransparency prompt whenever you choose, the device’s advertising identifier value will only be returned once you present the prompt and the user grants permission."

This means that the prompt just limits access to the device identifier - previously facebook (and other companies) would use this identifier to provide information about users who installed apps (which included their SDKs). So FB would know that you installed clash of clans + some other game + etc, because the same device id was used when registering the Facebook SDK. This was hugely valueable to their ad network as well as compiling information about users. It has no bearing on tracking of click events from ads to your e-commerce site.

Private click measurement is more confusing but again has to do with how information is shared between apps and browsers on iOS. It doesn't limit the facebook app from knowing that 'overbyte' was signed into their facebook account and clicked ad 'xyz'. Apple has no control over that. Furthermore if you open a webpage in the facebook app and it opens inside Safari View Controller (embedded web viewer) facebook passes the fbclid which will later be resent in pixel events (ie http requests to fb.com) so it knows what the user making the events came from.

I've seen a lot of blog posts / news releases that have run with the 'tracking is over due to iOS changes' narrative (without explaining or investigating why), these misinformed sources were then cited by others and rinse and repeat...

PS: I originally posted this in another thread and this is a modified post from a conversation I had on reddit. Since there still seems to be a lot of confusion about this (to be expected with all the poorly researched blog posts) I thought putting this in its own thread may increase visibility and help clear the air.
Don't like ads? Remove them while supporting the forum: Subscribe to Fastlane Insiders.
K

BTW. Facebook makes $38.9 billion profit on $104.7 billion revenue.
Its like they take home almost half of what they make.

MARKETPLACE  NEW: The Best School for Going Fastlane (50% Off Deal Now On)
Hey, @Fox! Kudos on your course and all the free content that you have released on your YouTube...
Friday at 10:13 AM
pleats