What Are The Worst Mistakes You've Done In Your Entrepreneurial Journey? 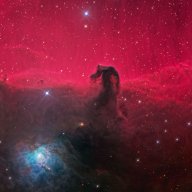 I'd tell myself to be patient and look at every job or business as an opportunity to acquire skills.

Most of my jobs I've had, they haven't taught me many transferable skills that benefit entrepreneurship. So now I'm trying to learn skills in my own time which is more difficult and alot harder as you get older.
Don't like ads? Remove them while supporting the forum: Subscribe to Fastlane Insiders. 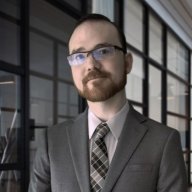 Funding a business with a credit card (because I only needed 1 wholesale account to pay it back! Derpaderp...)

No market research (no need , see MJ's post above)

"Me too" businesses / chasing money (because i'll get in and out real quick and then have proper starting capital! Ha)
L

sparechange said:
My failures are a combination of action faking, lack of work ethic and not executing the proper strategies, focusing on building social media pages (doing give aways and posting content) And of course money chasing, not having a good product and not having marketing skills.
Click to expand...

Tnx! I saw these now clearly on my path too...
F

Giving up too early.

E.g. I've had a project where the team of several people has put in light part-time work over a year, and we needed just 300-400 hours of effort to get to a first B2B trial that could have given us revenue.

Everyone was tired and uninspired by that time. However, if I personally committed to at least doing half of that work — think one month full-time — I am sure everyone will have figured out the rest. If it worked out, I could have become the CEO — as nobody else cared by that point — of a startup making real money in a scalable way. It may have been a 5-10% chance, but it only required a few hundred hours of my effort to find out.

It's just a terrible way to invest time: to put in the effort and then not push fart enough to try to capitalize on that. Does not mean you have to never quit, but it was a tangible opportunity that we had spent several months negotiating for, only to give up because the terms offered to us by the partner were lukewarm. And it is strange we even expected anything but lukewarm terms when talking to our first partner/client.
Don't like ads? Remove them while supporting the forum: Subscribe to Fastlane Insiders.