Anything related to investing, including crypto
Sort By Best Posts
P

I posted this quote in the RD Forums and want to start the discussion here. I believe that markets are not random based on the exact words in the quote:

"The markets are not random. I don't care if the number of academicians who have argued the efficient market hypothesis would stretch to the moon and back if laid end to end; they are simply wrong. The markets are not random, because they are based on human behavior, and human behavior, especially mass behavior, is not random. It never has been, and it probably never will be." - Jack D. Schwager, Market Wizards
Don't like ads? Remove them while supporting the forum: Subscribe to Fastlane Insiders.
Chris
www.chrisperruna.com 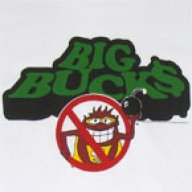 I agree. Markets move with the masses of human emotions which I believe can be predicted.
"Many people die at 25, but are not buried until 75" - Benjamin Franklin

My opinion has always been that the market is not random but "illogical" as it is based on the rationale --or lack of-- humans acting by conflicting emotions.
Boring and steady makes you money. Do not get distracted by shiny objects.
K

Agreed. If the markets were random, I don't believe you could have booms and/or busts. In Van Tharp's book, Trade Your Way to Financial Freedom, he cites the fact that markets have "fat tails" as evidence against randomness.
Don't like ads? Remove them while supporting the forum: Subscribe to Fastlane Insiders.
Kidgas My New Website; Me on Hubpages; Me on eHow; My Blog
K

By the way, Chris, I am in Chapter 3 of that book and look forward to learning more about expectancy and position sizing. When I read some of the stuff from your blog, it was new and didn't quite make sense, but the more I come across the info, the more I am starting to understand.
Kidgas My New Website; Me on Hubpages; Me on eHow; My Blog
T

Too many instances, traders and experiences to prove that random market theory is BS. IMO, in the shorter term, there might be randomness(I don't know and it doesn't affect me). Over a longer period of time, it is not random.

Markets move with the masses of human emotions which I believe can be predicted.
Click to expand...

I believe that masses of human emotions are perpetuated. If you don't believe me take a look at the headlines of major publications.
Think big, think fast, think ahead. Ideas are nobody's monopoly 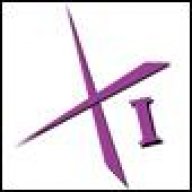 Economists don't like to think about it but, according to conventional theory, events such as the present wild gyrations in financial markets aren't supposed to happen.

That theory says share prices move only when investors quietly incorporate new information about the prospects of their investments, whereas it's clear the markets are swinging between blind panic and the thought that maybe it's just a great buying opportunity. The herd can't decide which way to run.

How would you feel if you walked into a shoe shop and the manager rushed up and told you to buy extra shoes because prices had skyrocketed? Or if nervous customers warned you not to buy any socks because sock prices had fallen by half? You'd feel that both the manager and his customers had taken leave of their senses. Yet that's the kind of logic we see in financial markets all the time: people buying shares because their price is rising and selling shares because their price is falling.

We've been witnessing sharemarkets around the world doing both those things in recent days - sometimes both on the same day.

The thing to note is that both those reactions fly in the face of the laws of supply and demand. According to them, people buy less when the price rises and more when it falls.

So what on earth is going wrong? Well, according to an article by Robert Prechter and Wayne Parker, published in The Journal of Behavioural Finance, the explanation's surprisingly simple: economists are mistaken in their assumption that the markets for financial assets such as shares work the same way as the markets for ordinary goods and services.

That's because ordinary goods markets are subject to the laws of supply and demand, but financial asset markets aren't. Rather, financial asset markets are subject to "the socionomic law of patterned herding". In a market for goods and services, you have producers on the supply side and consumers on the demand side. When prices rise, the producers are happy to supply more of the item; when prices fall, they're willing to supply less.

For consumers, however, it works the other way: they want to buy more when the price falls and less when it rises.

The conflicting desires of producers and consumers create a dynamic balance, arbitrated by price. The price will adjust until the amount producers wish to supply exactly equals the amount consumers are willing to demand. By this mechanism, the market reaches "equilibrium" (balance).

But, Prechter and Parker argue, the markets for shares and other financial assets don't work that way. That's because you don't really have any producers in the market.

The supply of shares is increased when a new company floats on the stock exchange or when an existing company makes a new share issue. But these are comparatively rare events. The vast majority of share trades involve the exchange of existing, second-hand shares.

"Without the governing influence of the law of supply and demand deriving from the conflicting purposes of producers and consumers, financial prices are free to rise or fall wherever investors' aggregate impulses take them," Prechter and Parker say.

The result is not equilibrium but unceasing dynamism. In other words, this is why share prices are so volatile.

The next big difference between goods markets and financial asset markets is uncertainty about current values. When a consumer (or even a producer) is buying an orange, a washing machine or a haircut, it isn't hard to decide what it's worth to you and whether you're prepared to pay the asking price.

When you invest in a share, however, it's much harder to know whether the price you're paying is an attractive one and whether you're likely to be able sell the share for a good profit at some time in the future. When you buy goods or a service, you only have to decide what it's worth to you, right now. But when you buy a share, you have to decide what it will be worth to someone else some time in the future.

So there's far more uncertainty associated with sharemarkets and share prices - contrary to the assumption of conventional economics and its "efficient market hypothesis".

Our proponents of this "socionomic theory of finance" argue that in making decisions about goods and services, where certainty is the norm, people use conscious reasoning. But in financial markets, where uncertainty is pervasive, people resort to herd behaviour.

Herding is an unconscious, impulsive behaviour developed and maintained through evolution. Its purpose is to increase the chance of survival.

When humans don't know what to do, they are impelled to act as if others know. Because sometimes others actually do know, herding increases the overall probability of survival.

"Unfortunately, when investors in a modern financial setting look to the herd for guidance, they do not realise that most others in the herd are just as uninformed, ignorant and uncertain as they are," the authors say.

Because herds are ruled by the majority, trends in financial markets appear to be based on little more than investors' moods.

These moods, which are generated "endogenously" (that is, by factors within the system, not outside developments) and shared via the herding impulse, motivate changes in overall sharemarket prices.

Moods are the basis on which investors judge the way they expect other investors to value shares in the future, so they motivate current buying and selling. Thus in markets for financial assets there's no tendency to "revert to the mean" of equilibrium.

There are just the ceaseless waves of social mood, fluctuating between optimism and pessimism.

Ross Gittins is the Herald's Economics Editor.
Don't like ads? Remove them while supporting the forum: Subscribe to Fastlane Insiders.
P

TheGreatBear said:
I believe that the market is largely random, but money can still be made.
Click to expand...


Greatbear,
I must disagree with your belief but I understand that I can’t prove that I am right and your are wrong. It’s just a belief for the both of us.

However, I do understand that traders such as Ed Seykota, George Soros and Warren Buffett (etc…) could have never achieved consistent returns for more than 20 consecutive years if the markets were random. If markets were mostly random, we would have random people making the most money each year (not the same great traders). That is the best proof I can give and and it the most difficult to argue in the academic community. They don’t have an answer for it except: luck (which is a pure B.S explanation - very weak).
Chris
www.chrisperruna.com
T

It seems to me that the markets move mostly according to human emotion which can be easily manipulated. I'm no expert and can offer no solid academic evidence, it just seems to be true to me. Its hard to offer any other explanation for the wild swings in the market when no fundamentals are significantly diffferent. Its like PMS. The real estate market was the same way a couple years ago: uninformed masses of people buying things they couldn't afford and didn't understand just because it was going up. Now its going down because those people are getting out. Some are leaving voluntarily others by way of foreclosure. Both "boom" and "bust" in real esate were heavily influenced by the media.