My turning point in online marketing

Say "NO" to mediocre living rife with jobs, ascetic frugality, and suffocating savings rituals— learn how to build a Fastlane business that pays both freedom and lifestyle affluence. Join our forum with more than 70,000 entrepreneurs who are making it happen.
Join for FREE Today
Get the books
Remove ads? Join Fastlane INSIDERS
(Registration removes this block)
Marketing, social media, advertising
Sort By Best Posts
J

I just want to use this as a journal since I have funding to do an online business right now.

Here's a quick back story:

2005-2009 I was yo-yo in the internet marketing scene. Made a few bucks here and there and starting out affiliate marketing. I didn't make crazy money but let's just say my best day was $900 but I broke even because I couldn't figure out how to track. Probably had revenue of $5k in 2 weeks. Fell apart since money was my issue.

And as a college student at the time, I ran out of money since I was broke that time. My best profit day was $0 to $800. Sad to say that I did do a few blackhat but those days are well over.

Dropped out of the online marketing game and continued college since I didn't have enough funds. I went on a life adventure and traveled the world.

In 2012 up until now I used my hobby to gain followers on IG. I don't make money but I'm considered an influencer so I get a lot of free stuff

Jan. 2016 left my day job, went on a 2 week cruise and Feb 2016 joined a "start up" with 2 of my past co workers at the same day job. It's fun just 3 guys with 1.3 mil in revenue (2018 expected 1.6m) . Construction so don't think it's crazy money. Profit wasn't too much. But all went back to inventory so end of day nothing really was in the pockets. I don't get shares but life is pretty flexible. I thought it was unfair but this is where it became valuable because it inspired me to get out of it. Made more than my past day job.

----------
June 2017 - My fiancee and I opened up a salon which we bought from a lady and we put another 15k on improvements. Family funded. I thought it was the dumbest idea because there's 5 other salons next to each other. She said "I'd rather fail than not do anything" and that was the end of it.

Today, the salon has 5/5 stars on yelp 60+ reviews, profitable with 5 employees + myself who does the back end work. Debt is paid for in a year. No paid marketing

So...... I'm getting tired of the start up/ day job even though it's flexible and I have a say in everything. Got a bit depressed even though I have a lot going on and the best opportunities someone can get as a worker.

I'll be doing this in phases.

I want to dropship (aliexpress) this certain household product via facebook ads and shopify. Spent $80 on competitor products. Read a lot on how everything works with strategies .

Already got the product costs via Alibaba and I don't want to spend the $1,800 to meet the MOQs because I haven't proven it will sell yet. Competition isn't too bad and there's only a few companies who does FB ads for it. Again this is going to be brand.

End of the day this isn't a "get rich" quick scheme for me, its going to be long term, IF I get it to work.

My goal is to break-even or at least get close to it to see if it works. Since I have no numbers right now I have a lot unknowns. Scaling will be around this time.

Phase #3 If I do break even and get to scale, I will private label the product and get the first shipment by either Oct/Nov. I hope to get this during the holiday rush but I don't know yet. At the same time planning on getting this on Amazon FBA and getting all the necessary trademarks etc. I'm aware it may take even longer.

Phase #4 Scaling and getting more products in. There's a chance I can also work B2B for this and since I do have B2B sales experience I might be able to pull more traction there.

So far my set up is


To be continued when I get more into it.......
Don't like ads? Remove them while supporting the forum: Subscribe to Fastlane Insiders.
O

Holup you gonna risk 12k? Bro you had better not fail. My dumb philosophy is, don't throw mad money into what is not working until it shows some progress. Basically, increase your stake when you are wining and decrease when your are loosing. but then again am not successful enough to claim it works
J

Owlman said:
Holup you gonna risk 12k? Bro you had better not fail. My dumb philosophy is, don't throw mad money into what is not working until it shows some progress. Basically, increase your stake when you are wining and decrease when your are loosing. but then again am not successful enough to claim it works
Click to expand...

Yeah I'm going to be starting out slow on this one.

The funding is just extra on it and if it doesn't work I can always allocate to another niche . Thanks though! Appreciate it
O

JayMark said:
Yeah I'm going to be starting out slow on this one.

The funding is just extra on it and if it doesn't work I can always allocate to another niche . Thanks though! Appreciate it
Click to expand... 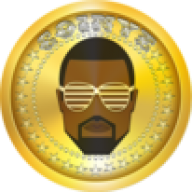 You've probably thought about this, but it's worth asking: why not leverage the salon to build an ecommerce store with private brand products?
J

CROJosh said:
You've probably thought about this, but it's worth asking: why not leverage the salon to build an ecommerce store with private brand products?
Click to expand...

Sure this was my original plan. I had my web site up at the 50% mark and decided to ditch it. But not saying I won't do an ecommerce store for beauty products. Even my shopify store still has the subdomain associated with it. I did inquire about products that we normally use with an improved version and it's been proven nail tech did like it and ask. So this would be more of a B2B.

The margins were smaller but there's other products that could work, I just don't have enough space for it.

My customers at the salon will not be the customers that will buy the products but smaller shops such as my competition. For now I'm just testing what I can get with a possibly a decent return.
J

I wish I had revenue to report but it took me a few weeks from my original post to get this web site up and running. As you can see it's been a long time since I updated, I literally have been balancing my day job + salon.

I spent so far on expenses

$29/month May to July Shopify
$49/month Aug Shopify with the addition of Gempages which I'll eventually ditch once I get a better design so I don't have to pay monthly
Domain $10.98
Competitor products + ali express products = $142.51
Shutterstock = $49
Fivvr = $30
Home depot (for product photography use) $105
Photography light box DIY = $20 (I already have lights/green screen from previous projects and I have a Canon t2i)

I finally launched last night at 1am sunday.

Still messing around with facebook ads, so far today spent $27 in almost a 24hr period.
This month or at least from Aug 12-Sept 12, I'm probably going to spend $1,500 on ads (test quicker so I get "feel") and taper off down to 1k/month depending on the results.

Today I had a few engagements / shares but no ATC yet
Don't like ads? Remove them while supporting the forum: Subscribe to Fastlane Insiders.