My idea - Does it make CENTS?

Hi all! A bit of backstory first. I’ve been working “for myself” for just about 9 years as a web designer and marketer. I “own my own business” and was trying to find some ways to take that to the next level when I stumbled across this forum a few years ago. I’ve been lurking since then. Last year, when the world shut down and my stocks tanked for a bit, it was enough to scare me and got me questioning if there was a better way. So I read TMF and Unscripted . I just finished TGRRE .

The taste of freedom I’ve had over the last decade has been great. I don’t have to ask anyone to travel, I’ve been able to bring my wife home to work on the business with me, and we’ve made plenty of money (in terms of rats). However, I’ve always had this understanding that I don’t really own a business, I own a job. If I want to earn more money, I have to work more or raise rates. And I'll likely be stuck working for other people for another 20 years as a bare minimum.

Last year I started a membership website focused on baseball. The baseball stories and analogies in MJ’s most recent book really hit home with me. And now I’m questioning if my business idea is workable. I’m about a year into it - I started last year after TMF . But, unfortunately, I let my foot off of the gas for about 6 months to focus on some other things like growing my other business. In the last month, I’ve really doubled down on the baseball site and have been pleased with the traction it’s gaining. I know it provides value to baseball fans, but am not sure if it is unique enough to be something successful.

Rather than a site about a specific team or stats or trade deals, this one is focused on community. I’ve built tools that help members track ‘bucket list’ items that are related to baseball. For instance, “Go to a World Series Game with my Dad”. Once the item is done, you can check it off and post photos, a write up, etc. It also has several SEO heavy guides and a few other tools that baseball fans would find particularly helpful for planning trips and logging memories. I’ve also recently started a podcast to drum up more interest in the site and it seems to be working. Since I’ve doubled down on it, the traffic has been growing. Albeit slowly.

Still, I’m concerned that I am buying into my own hype and don’t want to waste my time and resources on something that is just going to become a cool hobby. I’m here for feedback, instruction, criticism, you name it. I just want to learn and build something that isn’t always going to be a job.

C: The website is built on WordPress and is hosted by a third party. It currently relies on some paid platforms and plugins (all of which I own). I see the technical aspect of it to be pretty insignificant because I imagine I will need to create a completely custom site and application if it scales the way I want it to. But as of right now, no one can make a decision that can kill the business. I would simply move the data elsewhere.

E: It’s definitely not turnkey. I have over a decade fo web experience and while WordPress is easily available, the additional features of the site are custom. I’ve also written over 100,000 words in the SEO focused guides - which is where I spent the majority of my first year's time. I still have more to write, and never ending ideas for content. Theoretically, anyone could recreate the site, but it would probably be very expensive and labor intensive for them, which would probably scare most folks away.

N: This is the one that I am most worried about, which is concerning because it’s most important. There are obviously millions of baseball fans, but I don’t have a strong idea of how many are the type of baseball fan I’m targeting. The feedback seems to be pretty strong thus far, but I’m not sure it’s enough. I haven’t seen an all-in-one shop that includes resources for planning baseball trips, info on each ballpark, a place to collect memories from each trip/experience, and a community of like minded people. I have seen feedback across the internet of people asking for a specific tool, and I have that near completion. I think the value is there, but I am waiting on feedback from the market.

T: The site is gaining traffic and users (although slower than I’d like), so I know the effort I put into creating it and creating content is in fact still working for me. Theoretically, as the audience grows, there will be profits. Right now our only source of income is t-shirts sold for around a $5 profit (at least they don’t say “trump sucks”). But, the goal with these is primarily to get more eyeballs on the website (they’re logo wear and have our website listed), which is why they are reasonably priced. I have plans for true paid membership, but need to grow the free user base and spread the word in the meantime. The content I’ve already written seems to be doing that so far…though I’d like to be a bit smarter about it and make tweaks that result in more traffic.

S: Replication is no problem. Users can add themselves to the site and create their own content easily. As the site grows bigger, I know I’ll need to upgrade resources and invest in better technology, but those are very solvable problems. I presume memberships will be relatively affordable ($50/yr) and I’d need several to make a meaningful income, but I believe more ways to monetize the site will present themselves as long as the platform provides actual value to users.

So, is there something here or am I being unrealistic with my assumptions? Like I mentioned before, I’m here to learn, so let it fly.

Thanks for the time!
M 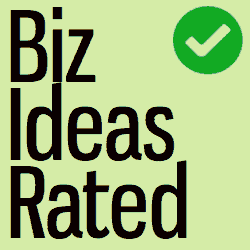 Grade My Business Idea: Rate your business idea and discover its potential for massive marketplace success. Is your business idea worth pursuing? Or should it be forgotten? Based on the CENTS Framework authored by entrepreneur and best selling author, MJ DeMarco.

Thanks MJ! I should have visited that site first before this post. You mentioned it several times in the latest book.

Grade My Business Idea: Rate your business idea and discover its potential for massive marketplace success. Is your business idea worth pursuing? Or should it be forgotten? Based on the CENTS Framework authored by entrepreneur and best selling author, MJ DeMarco.

I'm going to spend some time thinking about any potential ways I can increase my lower scoring items to strengthen the idea.

MARKETPLACE NEW: The Best School for Going Fastlane (Now open for summer enrollment)
Read the free book, some excellent insights. I also did the website quiz and I did a visual on a...
Today at 3:56 PM
VikingRobotHpstr

MARKETPLACE Fox Web School "Legend" Group Coaching Program 2021
Cool - glad to have you. And yes it should help a lot. When you are in the new group just post...
Friday at 9:54 PM
KushShah9492