A video game to prepare for coding interviews 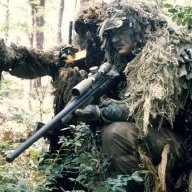 I had this idea to build a video game (as a solo developer) that would have in game coding challenges.

Initially it seemed like a good idea but after the initial excitement wore off, I started to see some serious flaws. I'm mainly writing this to get my thoughts out and would appreciate any feedback (ie are these concerns valid, are there solutions, etc.).

As I practice coding interview questions myself, I increasingly have come to the realization that the joy is in solving the problem itself.

I came up with the game idea thinking that the elements of the game (graphics, storyline, music, etc.) would keep the player going but the type of player who cares about those things is also the type who would be unlikely to play the game.

If a game like this existed, I would definitely try it or I could just watch a youtuber run through it.

The other issue with this project is that it would take me months, possibly years to finish and with little feedback or customers before then.

So I've decided to move on and find something else where there will be a more clear need and on which I could execute more quickly. Any thoughts?
Don't like ads? Remove them while supporting the forum: Subscribe to Fastlane Insiders. 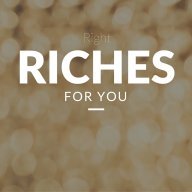 Well, I don’t know where you are. But have you considered Steam Greenlight? It’s a platform where you can share your game concept. The best feedback is market feedback. If it gets enough votes, you can publish on Steam and get paying users. This will fund your development.


You gotta get out there and find your target market for feedback.
Last edited: May 24, 2018
D

There are a few games like this already in existance (e.g., Code Wars). However, Idk how well they do in the market. I' assume that if someone took the time to build out a game as robust as Code Wars, they had someone do the market research beforehand to determine if it was a profitable opportunity (but you know what they say about assumptions).

Anyway, go with your gut. If you're only changing directions because of effort, that seems like a subpar justification to switch directions. But if you are weary of the risk of it being a flop, you can either do your own market research to confirm or deny that worry, or say to hell with it and back to the drawing board.