19 yo Dancing with fear, Call to action, Leaving Home. 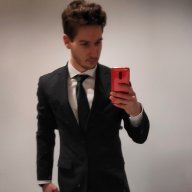 I am a 19 Year old Bosnian. I always hated the 9-5 scam.
I hated the idea of selling my soul to a job that i hate.
I saw life has more to offer, so when people asked me what do I want to work when i Grow up, I had no plan.
I would usually give them a short answer,Doctor,Lawyer bla bla...That was a lie.
The fact is I knew what lifestyle I wanted ,but didn´t know which path to go to achieve it.

SO MY STORY STARTS HERE:
I was a football player for the majority of my life.I grew up around kids who played football,so I played it as well. I started to love it,I enjoyed the proccess of mastery and learning a new skill.
At the age of 16 I moved to Austria Salzburg to my father.
I played there football and my dream was to become pro.
I hated school i enjoyed more reading books on my own,Psychology,Human behavior,Motivation. School was a mess,I hated it...The subjects were mind numbing and not interesting.
I daydreamed every day at school to pass by, so i can train football 2x a day.
One day I got sick of it, I wanted to quit school! Thats it,at that age I realized nobody became rich or happy of school, they just lived i a socialy conditioned lifestyle that was acceptable by everyone, YET everyone knew you won´t become a Millionare off school.
I QUIT! i convinced my parents to quit,so i can spend practicing football fulltime.
It was a drama a mess. Everybody made fun off me in my friend circle,calling me crazy bla bla.
My Family called me crazy and said i was lazy and irresponsible that i dreamed to much and that a was a dumb irrationall kid.
Yet i quit anyway.
So i practiced football everyday UNTIL i gott injured at age 17.
I had to take an Knee surgery,10 month off the field. BAAAM,what a kick in the face.
I cried everynight. I went to Bosnia to take my surgery. I took the surgery feb 2018.
I lost my dream,i felt miserable. No purpose no plan no school no football.
I went to the rehab program. In that process i discovered something.
I didn´t loved football that much at all...I loved the idea off being a soccer player who earns millions and lives without a job. somewhere around that time i Read MJ demarcos 2 books.
It opened my eyes. I succesfully rehabiliteted from the surgery.and discovered F*ck football that is not what i want to do for the rest off my life,what a turnover!
My Father was getting drunk in Austria having big problems,losing his job and coming back to Bosnia.
Now what,I don´t have nowhere to go,No School no job,no football....Can't leave Bosnia,nowhere to go.I will end up as a waiter for the rest of my life. I discovered entrepenuership and I knew i wanna become rich, I wanna have a great life and not waste it here. I was a Big thinker,I read books,I watched podcast while going to the gym. I haven't left my house without earplugs to listen to an audiobook.
November 2018 i had enough.I need to do something..I wanted to go to Vienna,but I don't know anybody! I set a goal to go to Vienna in 1 month. But F*ck, HOW???
I met randomly a guy from Vienna who was friends with my friend.we shared some common attides...
Then F*ck it I asked him: Hey man i wanna go to Vienna it is my plan,so I wanted to ask you could I maybe sleep in your place just until I find something?
He agreed i can sleep on his couch. BAAAM NICEEE!
I tell it to my parents. I am leaving to Vienna on November 14. I NEED MONEY.
I sold all the stuff i could find,My ps4, computer and some other stuff.
My parents were scared for me to leave,but they respected my decision.
I had 600euro,19 years old,going to a uknown city and going to a guy i knew for 2 days.
F*ck it! I arrived.
The guy earned his money from Sport betting,collection passports of people and then betting on a new account and gaining some bonuses ect...He was lazy af.And a hoarder a MASSIVE HOARDER.
ordering stuff on amazon everyday and storing it in a separete room wich was full to the roof.
I Slept on the couch,I had 2 m Space for my stuff.Searched for a job...Until i work something out.
Spent my money only on grocceries and the bare minimum for survival.Couldn't find a job for the whole month...I payed the dude money to stay at his place. I ended up with no money and no food.
I decided to fast for 3 days F*ck it...It's healthy,don't want to tell my parents that i don't have money and that i f*cked up.
I toke some food from the dude secretly just to survive some time,then I fasted 3 days..called my parents asking them for money..It's hard they don't have much neither Bosnia is a shithole...
I Started to loose my mind becouse the dude hoarded so much that it was crazy the whole room was a mess...I helped him to clean something,just so he messed it up 2 days later...
I found a job,as a doorman in peek and cloppenburg...it was hhoooooriblle...The most soul sucking job off all time...i woked 3 days off standing for 10 hours you can't even think becouse you have to keep the attention if somebody steals something...So you stay 10h the whole day doing nothing...I was deppressed as F*ck wanted to killmyself. I could't take it anymore and quit...Then I started at a reception,they said after 3 days that i am not qualified...
Now I am here,made some friends In Vienna who aspire entrepenuership,who do crypto also for life...
Either way I had no plan and was scared as shit to go to Vienna...Yet i did it...I needed time for myself,living alone,reading books,studying how to become succesfull...that was all i did.
Know I found this forum to get answers,to start a Buissness,I have the work ethic and the drive.
I Hope i gave some inspiration for you guys,to listen to your gott and do the irretionall thing.
Don't listen to anybody who tells you not to pursue your dreams off becoming RICH.

I am new to the forum and hope to learn some wisdom,I have no clue how to start but I know i will succed !
Don't like ads? Remove them while supporting the forum: Subscribe to Fastlane Insiders.