Hello,
i am trying to make this as short as possible.
I was earning a good amount of money in 2016.
I also put the tax money on a separate bank account so i cant accidentally spend it.
But after half a year my money was spend and nothing new was coming in anymore.
So i started to use the tax money to buy food etc.

What got me some sales was Shopify + Facebook Ads. But it wasn't enough at all.
Just like 6 sales in 2 days and then it was over again.

The problem was that i never had earned that much as i did in 2016 and that i couldn't handle
the money and just spend it too fast. Well i learned it the hard way now.
I just don't know what to do right now.
Don't like ads? Remove them while supporting the forum: Subscribe to Fastlane Insiders. 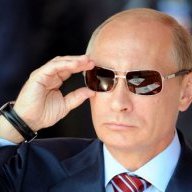 - Talk to a tax advisor to get you more time to pay. You will pay interest on the amount owed. Maybe you need to get a credit to pay the taxes to avoid fees or charges.
- If you don't have business income you have to get a job.
- Next time get a tax advisor, accountant etc from the beginning.

If you want to be successful in business you should be able to come up with these ideas yourself. This is Adult Life 101.

Obviously you shouldn't have spent your tax savings and got a job earlier instead, because you're basically F*cked now.

But 15k isn't a lot of money. So probably bullet dodged. 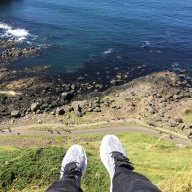 Be aware that the Finanzamt (taxman) won't care about your circumstances and as soon as you get the letter, you will also get a deadline by which you have to have paid your tax (days). The biggest slap in the face is that the "frist" starts from the date they sent it and not when you receive it. I remember when my Dad got a "Nachzahlung" (because they calculated tax payments wrong for 2015) and it was 90k which they had demanded in 2 days. As we were on holiday, he opened the letter late. I remember the stress this had caused because although he expected it, he only put aside 65k for this scenario. He had to borrow the rest from friends which was quite embarrassing.

Point of the story is that the German tax man is ruthless (as the case in many other countries).
Sell what you have, borrow, credit and get jobs that pay you right now.

Even if 15k doesn't sound that much they will come after you. 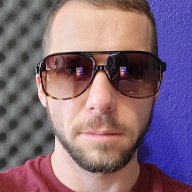 If I were in your shoes, I would get a job. Learn business skills on the side, and try again once you dig yourself out of the place you're in.
Don't like ads? Remove them while supporting the forum: Subscribe to Fastlane Insiders.
Learn Copywriting & Freelancing​
X

SinisterLex said:
If I were in your shoes, I would get a job. Learn business skills on the side, and try again once you dig yourself out of the place you're in.
Click to expand...

I am pretty sure a job wont bring me enough money in a week or so. Shopify can, like i said i had some sales but then it was over but i keep trying products ofc. But on some products i think that they are cool and might work but they don't. Or my audience targeting is bad because those cpc are just too expensive imo.

Wtf. Sounds crazy even for the Finanzamt. Hate those F*ckers. Fortunately have all my ducks in a row, but every single one of their direct debits makes me want to puke. 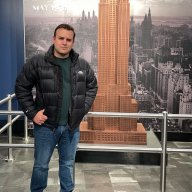 The Forum Grandpa- Business is a GOOD Thing