1 Year On - From Depression To Enjoying Life & Improving. (Thank you all on this Forum) 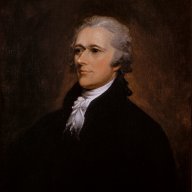 Long Time, No See!
It's been a year since I posted my first piece on this forum; that being my introduction of course. To sum it up, I had discovered the fastlane and that provided the impetus for me to improve and escape any potential slaving off at a 9-5 future me could find himself trapped in. A few weeks after that post I also opened up about personal struggles, depression and in hindsight, I was slightly acting like a crying child in complaining it was wrong to have felt hopeless then (read my post to see what I'm talking about). Since those dark days, I have pulled myself by the bootstraps, learned skills and started projects that I both enjoy and could provide income if successful in future.

The Strenuous Life
U.S. President Teddy Roosevelt once said:
"I wish to preach, not the doctrine of ignoble ease, but the doctrine of the strenuous life, the life of toil and effort, of labour and strife; to preach that highest form of success which comes, not to the man who desires mere easy peace, but to the man who does not shrink from danger, from hardship, or from bitter toil, and who out of these wins the splendid ultimate triumph."

In keeping with that spirit, the arduous task of lifting myself out of a truly ignominious rut began without dither or delay. Now due to personal/household circumstances, it was clear that learning how to cook good, nourishing and wholesome dishes was key if I was to even hope of fixing the other maladies I found in myself. Bit by bit, dish by dish (literally), I gained complete freedom and control of what I consumed instead of having no choice but to rely on the insufficient provisions that were being made available by whoever was in the kitchen cooking, if there was anybody cooking at all that is.

With food conquered, I proceeded to rectifying my avoidance of exercise and aversion to the outdoors in general. Every morning, be it in the Great British rain or sweltering, humid heat, I ran for 45 minutes to an hour without fail. I found myself not only feeling more active, but also gaining strength and endurance abilities. Prior to my seemingly Gym-brah-like transformation in mindset and execution of exercise, the most I got was whatever school sports session was on (at best, thrice a week for half an hour). Thanks to a wonderful sports teacher, who may resemble the stereotypical Gymlad, I'll soon be lifting as well (once UK quarantine rules allow gyms to reopen).

With food and now exercise sorted, all seemed to be sorted, but there was something that shook me to the core, and which I did not see coming.

Brexit!
Don't worry, this isn't a rant about the much commented-on EU referendum and the country's subsequent exit from the European Union; I shan't desecrate this post with political mudslinging. Rather, it is a tale of incompetence and pots full of luck. For those of you not in the know, any EU citizen has the right to live anywhere in the EU; a Spaniard can move to Berlin like a New Yorker can move to Seattle. As a young child, I moved to the UK with my family under such rules, and have spent the great majority of my life here. As a result of Brexit, all such EU nationals must basically apply for a residence permit to stay after the UK left the EU, or else be deported. Now originally I thought that it was no issue; the thought process going that my parents had applied for British citizenship ages ago when I asked them about it. Turns out they hadn't and lied - not exactly a good circumstance to find yourself in. But no worries, time was still plentiful for applications to be taken - all you needed was your passport and some other personal documents if asked for them. It was digital too, easy. Unless you had to wrangle for weeks to both get your valid passport from your household - long story short, it was a pain. After sending off my application (you can apply solo as a child if you have sufficient evidence of residence) and 2 weeks of long phone calls with the respected time-wasters of British bureaucracy I got my status secured. I still dread to this day what would have happened if I took my parents at face value and trusted the process to them.

Won't Stop, Can't Stop
With my life sorted out in the nutrition, immigration and exercise departments, I could focus on developing and honing skills for use in leisure and enterprise. I took up learning Adobe After Effects and Premiere Pro in my spare time - motive being that such skills are advertisable to clients if I went down that route, or I could use them in making videos etc myself. On top of that, I juggled school revision and exams so that I did not fail whilst doing so. Months on, I can confidently say I've thoroughly enjoyed learning and experimenting with the Adobe suite. Then, out of my own volition, I began to ponder about potential applications of my newfound abilities. In the Corona lockdown I found it prudent to start up a project, specifically a YouTube channel, work on a niche or closely connected niche topics which I was sufficiently passionate about to make it not seem like a day job, but one which was not worthless (think of the value of a gender studies degree V a STEM one). It seems to be going good, though one can always improve to achieve greater results. My aim is to continue reading books about foreign policy (my chosen niche) and history and perfect my writing abilities. I'm still exercising, still eating good, still pursuing some exit from a dreary future in an office working 9-5 (or, after Corona, turning your own home-office into a cheaper prison yourself).

Conclusion
I have been lurking on this forum, most times not logged into this account even, reading posts to both motivate and learn - this is my attempt at giving back to a community which has given me hope in my darkest hour. If you yourself are struggling in life, even with the odds stacked against you, or even enduring bureaucrats for whatever reason, know that it is possible to escape and live life to the fullest. Do not let darkness succeed in owning you, snuffing out the flame of improvement and confidence within yourself.
Well, it's been a while since I began writing this, I'll be going off, but before the end, I wish to say something.

Thank you to all those who have given their time to read my post, respond and especially to those who were there giving advice to me in my previous posts. You have my undying gratitude.

Until next time, salve!
Don't like ads? Remove them while supporting the forum: Subscribe to Fastlane Insiders. 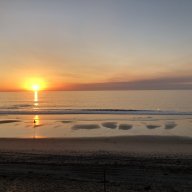