Say "NO" to mediocre living rife with jobs, ascetic frugality, and suffocating savings rituals— learn how to build a Fastlane business that pays both freedom and lifestyle affluence. Join our forum with more than 70,000 entrepreneurs who are making it happen.
Join for FREE Today
Get the books
Remove ads? Join Fastlane INSIDERS
(Registration removes this block)
For any book discussion
Sort By Best Posts 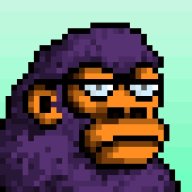 Casey Neistat
You realise you'll never be the best-looking person in the room. You'll never be the smartest person in the room. You'll never be the most educated, the most well-versed. You can never compete on those levels. But what you can always compete on, the true egalitarian aspect to success, is hard work. You can always work harder than the next guy.
He walks the talk, wakes up at 430am, 7 days a week and immediately finishes his vlog edit from the night before.
Casey works out immediately after 8am, which usually involves running or the gym. He goes into the office by 930am after this workout. He works in his office all day, and tries to get out by 630pm to race home and give his baby a bath. He will then hang out with his wife for about an hour until she goes to bed around 9pm. After his wife goes to bed, he sits down and edits until he passes out at his computer, usually around 1am. Casey usually sleeps on the couch until 430am and then he starts the process all over again.

Hope is not a strategy. Luck is not a factor. Fear is not an option.

Never go to sleep without a request to your subconscious.

Reid Hoffman seeks a single reason for a potentially expensive action - not a blended reason.

It's always the hard part that creates value.

The goal isn't to get good ideas. The goal is to get bad ideas because once you get enough bad ideas, then some good ones have to show up.

No one gets a Suzuki tattoo. You can decide that you want to be tattoo-worthy.

Losers have goals. Winners have systems

1000 true fans. To simplify the idea, it's basically to cultivate 1000 true fans to pay you $100 per year which would give you $100,000 per year, which is a reasonable income for most people. Adjust accordingly if you have bigger income goals or higher costs etc. Or perhaps figure out your target monthly income and reverse engineer from there.

Rakuten's rule of 3 and 10; every time you get to multiples of 3 and powers of 10 number of employees, something big needs to change.

Use TK as placeholders when writing long pieces and there is info you need to research on. Later on come back and use ctrl + F to find these bits and fill them in after research.

Edit for you, your fans, then your haters.

Inspiration is for amateurs. The rest of us just show up and get to work.

Derek Sivers: hell yeah!! Or no. To become "successful", you have to say yes to a lot of experiments. To learn what you're best at or what you're most passionate about, you have to throw a lot at the wall. Once your life shifts from pitching outbound to defending against inbound, however, you have to ruthlessly say "no" as your default. Instead of throwing spears, you're holding the shield. Once you reach a decent level of professional success, a lack of opportunity won't kill you. It's drowning in "kinda cool" commitments that will sink the ship.

Brad Feld: great Creative work isn't possible when you're trying to piece together 30 minutes here and 45 minutes there. Large, uninterrupted blocks of time - 3-5 hours minimum - create the space needed to find and connect the dots.

Ryan Holiday: do a fear setting exercise. What is really the worst that can happen if I stopped doing what I'm considering? And so what? How could I undo any damage?

If you're looking for a formula for greatness, the closest we'll ever get, I think, is this: consistency driven by a deep love of the work.

Life is a continual process of arrival into who we are.

Guilt is interesting becaue guilt is the flip side of prestige, and they're both horrible reasons to do things.

Ours is a culture where we wear our ability to get by on very little sleep as a kind of badge of honor that symbolises work ethic, or toughness, or some other virtue - but really, it's a total profound failure of priorities and self-respect.

Free form days might seem idyllic, but they are paralyzing due to continual paradox of choice and decision fatigue. Something as simple as pre-scheduled workouts acts as scaffolding around which you can more effectively plans execute your day. This gives you a greater sense of agency and feeling of freedom.

Better to have and not need, than to need and not have. Eliminate single points of failure in life and business.

If you want to be mentally tougher, it is simple: be tougher. Don't meditate on it. Being tougher is, more than anything, a DECISION to be tougher.

Sebestian Junger's message at high school commencement.
"You guys are programmed to succeed. The hardest thing you're ever going to do in your life is fail at something, and if you don't fail at things, you will not live a full life. You'll be living a cautious life on a path that you know is pretty much guaranteed to more or less work. That's not getting the most out of this amazing world we live in. You have to do the hardest thing that you have not been prepared for in this school or any school: you have to be prepared to fail. That's how you're going to expand yourself and grow. As you work through the process of failure and learning, you will really deepen into the human being you're capable of being."

The purpose of life is a life of purpose.

Have a running list of 3 people you're always watching: someone senior to you that you want to emulate, a peer who you think is better at the job than you are and who you respect, and someone subordinate who's doing the job you did, better than you did it.

Work will work when nothing else will work.

If you earn $68k per year, then globally speaking, you are the 1%. - Will Macaskill
You can't make a lousy charity good by having a low overhead.

Being an entrepreneur is being willing to do a job that nobody else wants to do, in order to be able to live the rest of your life doing whatever you want to do.

Desire is a contract you make with yourself to be unhappy until you get what you want.

Free education is abundant, all over the internet. It's the desire to learn that's scarce.

The big question: when I had the opportunity, did I choose courage over comfort?

If I'm not a little nauseous when I'm done, I probably didn't show up like I should have shown up.

17 questions that could change your life:

Life is not waiting for the storm to pass, its learning how to dance in the rain.

If it isn't on the calendar, it isn't real.

They tried to bury us. They didn't know we were seeds. - Mexican proverb

Dealing with the temporary frustration of not making progress is an integral part of the path towards excellence. In fact, it is essential and something that every single elite athlete has had to learn to deal with. If the pursuit of excellence was easy, everyone would do it.
The secret is to show up, do the work, and go home.
A blue collar work ethic married to indomitable will.
If the commitment is to a long-term goal and not to a series of smaller intermediate goals, then only one decision needs to be made and adhered to. Clear, simple, straightforward. Much easier to maintain than having to make small decision after small decision to stay the course when dealing with each step along the way. This provides far too many opportunities to inadvertently drift from your chosen goal. The single decision is one of the most powerful tools in the toolbox.


Scott Adams
Losers have goals. Winners have systems.
2 paths to be extraordinary: 1. Become the best at one specific thing 2. Become very good (top 25% at 2 or more things) number 2 is much easier. At least one of your skills should involve communication, either written or verbal.

In the world of ideas, to name something is to own it. If you can name an issue, you can own the issue.

Jocks willink: discipline equals freedom. Free form days might seem idyllic, but they are oaralyzing due to continual paradox of choice and decision fatigue. Achieve freedom through discipline by deciding in advance what is going to happen throughout the day.
If you want to be tougher, be tougher. Don't meditate on it.

Sebastian Junger at a high school commencement:
You guys are programmed to succeed. The hardest thing you're ever going to do in your life is fail at something, and if you don't start failing at things, you will not live a full life. You'll be living a cautious life on a path that you know is pretty much guaranteed to more or less work. That's not getting the most out of the amazing world we live in.

Free education is abundant, all over the internet. It's the desire to learn that's scarce.

You get paid for being right first, and to be first, you can't wait for consensus.
Don't like ads? Remove them while supporting the forum: Subscribe to Fastlane Insiders.