After a long pause, I'm back. I've been busy (hell, I still am

) studying Entrepreneurship in France, of all places, and I'd like to ask all of you for opinion on the following business project I'm working on with several colleagues.

This is a significantly altered version of a previous business idea I asked about on this forum but my thread got lost somewhere. Anyway, here's the deal :

Regardless of what you think of global warming, many governments (esp. here in Europe, as well as in the "blue states" like CA), believe it's urgent to address it, so they keep hiking taxes on CO2 emissions (France has just raised it to 39 EU/t). Also, the EU and CA have "cap-and-trade" emission permit systems that impose further costs on businesses, esp. energy-intensive ones (steel, concrete, cement, refining, urban heating stations...).

So the idea is to capture those CO2 emissions at their source (with filters) and channel them to a bioreactor (essentially a container-sized water reservoir partially filled with algae and water), placed just outside these industrial facilities. The algae in the bioreactor, being plants, will transform the CO2 into oxygen and carbon, feed on the latter, and replicate, thus producing biomass. Only pumps and the controlling computers will need electricity to run (and France generates 75% of it from nuclear reactors).

But unlike the previous version of this idea, we plan to sell this biomass to (human and animal) food producers and cosmetics makers and not as fuel.

Here's how this stacks up against the CENTS commandments :

Need : Clear. Those energy-intensive industries want to avoid being hit by the carbon tax hike, so they need to dramatically and verifiably reduce those CO2 emissions, and we'll do that for them (the current revenue model assumes we won't even charge them for it and will only make revenue from the sale of biomass).

Food, animal aliment, and cosmetics makers, for their part, must face growing consumer distrust (at least here in Europe) of anything that isn't natural ("bio") ; already 43% of French consumers only buy such products. Besides, livestock breeders are no longer allowed to use non-"bio" aliments, because those had provoked the mad cow disease. Non-"bio" cosmetics are also increasingly being eliminated by French authorities from store shelves (for safety concerns).

Entry : Evidently, this is such a technologically complex (and expensive) undertaking that not everyone can do it. We are searching every possible avenue of funding for our project.

Control : Total. We will sell directly to our customers (see above) by pitching directly to them and buy selling via our own website as well. And we certainly don't want to depend on any single customer.

Scale : This is highly scalable. Human and animal food makers and cosmetics producers across Europe (to name just three industries) want and need healthy organic matter like biomass, while industries across Europe need to reduce their CO2 emissions - and fast, before they are hit by the carbon tax hike set to occur in the near future (to 86 EUR/t by 2022 in France's case).

Time : As for this aspect, we will have to work for several years in order to gain traction, find our first customers, and then gain lots of customers to make large profits. If this works as planned, we intend to sell the business for a good price some 5-10 years from now. Then we can retire, I guess

To respond to a few questions that were asked in the general "Is this idea Fastlane ?" thread :

Does all of this actually reduce net CO2 production? Including CO2 produced in the manufacture of this biofuel?

What pollutants are produced by the combustion of this biofuel? What about during the manufacturing process? Carcinogens? Are there environmental risks involved?
Click to expand...

Yes, this will actually reduce net CO2 production, even if you take into account the CO2 needed to generate electricity for our pumps and computers to run. (That's the plan, at least). Besides, in France, 75% of electricity is generated at nuclear power plants.

No pollutants, no carcirogens, no environmental risks. We're just going to filter CO2 that would otherwise be emitted straight into the atmosphere and "feed" algae (essentially water plants) with it. Algae will "exhale" oxygen into the atmosphere and feed on the carbon. They'll replicate and produce healthy, harmless biomass. Needless to say, the tempo of absorbing the CO2 and that of producing biomass will be controlled, not left to Nature.

There's one more thing I must ask you guys about...

You see, in Europe, there are already companies which produce biomass (including for the same uses as we intend). Although capturing CO2 emissions is a much tougher issue, one large company (Air Liquide, France's biggest producer of industrial gases) has actually managed to do it on an industrial scale at a factory in Le Havre. Although they don't use it to feed algae, they liquify it (at -50 C) and sell it to companies that produce bubbling/sparkling drinks.

Yet, my partner (the founder of the project) continues to believe and to insist that we have no competitors, that nobody else is doing it, and he doesn't even want to hear about competitors. Should I continue to be involved in this project M
Don't like ads? Remove them while supporting the forum: Subscribe to Fastlane Insiders.
Last edited by a moderator: Jun 7, 2018 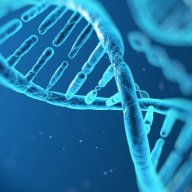 Interesting avenue.
What will be your role in this project? Do you or your partner have a hardcore-science background?