Good idea to simply take a journey into execution?

My story: after a half-hearted run at FBA from August-October of last year, negative interactions with Chinese suppliers led me to an 8-month tailspin of reading >60 books and doing a 3 1/2 week adventure around Europe. Granted - I wouldn't trade this time for anything, and I've become a radically improved person in the process. However, I also realize that self-development has become a crutch. When I get stuck on business, I run away into expanding my thinking.

I'm considering simply picking the first tenable business idea I can find and running with it. I was inspired by the linked post in this thread: Post your product opportunities at Amazon

I have several ideas I could run with:

- Anything posted in the above Amazon thread (desktop organizers, underwear, allergy packs)
- Self-development coaching (I've got an idea for a minor differentiation on this) (not fastlane)
- Corporate communications consulting (not fastlane)

And while none of these seem to really check the boxes for a home-run idea, they'd get me into the mode of executing something rather than ruminating in my head.

So. Good idea to simply take a journey into execution? Or bad idea to hand myself over to ideas I know up front are unlikely to be the magical golden gumball?
Don't like ads? Remove them while supporting the forum: Subscribe to Fastlane Insiders. 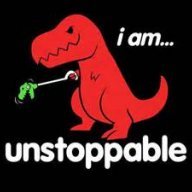 What ever you do, try doing it for longer than 3 months...


FriscoJP said:
after a half-hearted run at FBA from August-October of last year,
Click to expand... 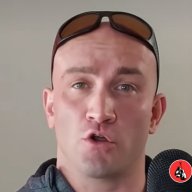 I am doing the same except im not using an idea for Amazon, i am going to run with it for a while i have a few ideas of how to execute, only so much i can do at this stage until i get another job then I can start buying stock etc.