Can I build a productocracy out of this? 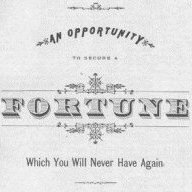 My story goes back to '15, when I was logging in here and there doing "micro-pay" digital-oriented work for the tiniest of tasks like... Well, it doesn't matter, but I did that until I didn't have to any more. I started transcribing audio for very low rates. I joined Fiverr, and put my gig up there.

1. I work on Fiverr
2. I transcribe audio to text
3. I am the best transcriber on the site
4. There is a Secret Sauce

Anyone can get a transcription back from an online service within five minutes, no matter the audio length, but it's total garbage and unpublishable. AI and machine learning are no match for me. Seriously. I'd check back in five years or more.

My goal is that I plan to provide transcriptions churned out at "half-X" -- which is to say that I could theoretically create a transcription from a two-hour long audio in only one hour. I have a system in place, but it is taking some effort to tweak the system for it to work that way, and function this quickly.

My objective, as always, is to remove the demands of my time from the system that I build. I guess what I want to share is that I have worked hard to create a system that leverages my time. The only thing that I want to be sure of is that the customer gets a superior product. The standards must remain high.

My Secret Sauce is in how I leverage my time and the system which enables that. My trick is that I often spend under "3x" on the production of transcriptions.

A true productocracy is one that's completely independent of my time. A few pieces of this system will never be truly free from demands upon my time. So I suppose I can't expect it, really.

But what I've learned since two years ago is priceless. In the short- or long-term future, I could find a product/service that can be created within the system I've built, and maybe eliminate demands on my time altogether. I would also be happy finding a service/product valued at 10X or 100X the price per item on sales at my current rate of production. It's just a number.

What I have built is not about transcription. But the task is paying ALL my current bills. Only a J.O.B. had provided that for me prior to this endeavor.

I have built a system which can potentially be a productocracy. I don't see how right now, not yet. So I wanted to throw this out to you Fastlaners for insights. All questions are welcome. I'm not worried about "copycats" because nobody's going to be the best transcriber on Fiverr with this information. That role is filled until I decide to step away. I'm open to describing the system if anyone is interested. It's the only way at the moment that I might acquire thoughtful ideas about how I can make the necessary changes to improve what I've currently got.
Don't like ads? Remove them while supporting the forum: Subscribe to Fastlane Insiders. 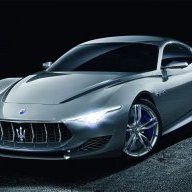 My first thought is something you've discussed yourself, technology will overtake you within 5 years. Even if you built a productocracy, you've got a very limited lifespan for your product.

Will you be able to offer something different that solves a customers needs once technology catches up?

To truly free up your time in this you need:

Without all 3, it will be a struggle to truly free yourself from the time constraints.

BTW, I left his here in this category because it is a relevant product creation question.

Yes. Human resources. I used that, and took the hit on my margin.

Everything I've built has developed organically. When I began, I used a simple text editor and a media player. A one-minute audio would take half hour to transcribe like that. Then I found transcription tools that I could use for free, and I don't use a foot-pedal, so no equipment costs there. Next, I learned how long it took for me to manually type up an audio. But really, the time doing the work didn't bother me too much.

I knew at this point that I needed to find a way to stop typing these things up myself. I needed to outsource. I found other freelancers on Fiverr and paid them to do this. It cut into my costs, but if I found someone who did a perfect job, I made money with almost no effort. That was the key.

My thinking was that to make more money, having the smaller margin, just complete more orders. A higher volume of orders would make up for the margin of not doing the work myself. And the best part is I didn't have to do the typing myself. So I worked with several people on Fiverr with varying performance levels. None (seriously, none!) were to my standards, and even if they were, I still had to wait for the delivery and risked late work.

Flash back to when I was doing "micro-tasks" to make pennies for doing little bits of digital work -- I learned about becoming a "Turk Worker" on Amazon Turk.

This was the point where I said to myself -- What the heck is thing called Amazon Turk? It must be something because it's been around since '09. I have never done this before; I don't know how to program this or create this "batch" thing, or even whether I can get this to function any time soon the way I want. But I'm going to set an objective to figure this Turk thing out. Also, it costs a little money to experiment. So I said, OK, I'll invest in my time to learn. In the end, 100% trial and error was great.

Amazon Turk is a platform where millions of people are logging in and doing these kinds of things. They get just pennies but for very small tasks. When I saw this -- having my "producer" mindset, of course -- I figured I could use this on the production side, and utilize all these Turk Workers as a giant pool of transcribers.

So during the time I was using Fiverr transcribers as subcontractors, I started developing a way to use Amazon Turk to get the job done for cheaper -- and as it turned out, better.

Amazon Turk has two sides, a worker and a requester. I'm now the requester. So as a requester, I create batch jobs consisting of a repetitive task that I post to Turk and then the workers find it on a list and then do the work. So I would just split any audio into small segments, and post the whole thing to Amazon Turk as a batch of little transcription tasks.

Through this sort of hacking it out, I found my human resources. I'm still using Amazon Turk today, and the quality is at 99% where I actually don't have to retype anything, and the cost is at just one-third, rather than at a half or more when I used Fiverr.
Don't like ads? Remove them while supporting the forum: Subscribe to Fastlane Insiders.

Laughingman21 said:
Will you be able to offer something different that solves a customers needs once technology catches up?
Click to expand...

Yes. I thought of that. "Replaced by robots."

But in the same way, no-one quit doing their drop-shipping business in 2003 just because they saw Amazon becoming the most powerful drop-shipper in the world.

I was once worried that I'd be replaced and made redundant by AI. I thought people would flock to the service. What I've learned recently is that AI transcription sucks. If a human created what you get from AI, you would call them an idiot. However, I honestly use AI speech-to-text to cut my costs down to one-tenth. But there's no punctuation and it catches every syllable. When using AI, other transcribers, and Turk, it always requires me to proofread.

Speech-to-text is not where I'm providing value. It's in the proofreading. (Creating subtitles too... have you seen the "auto" subs in videos?)

I promise my customers that when they give me an audio to transcribe, the document that they get back from me is publishable. When I'm nurturing a sale, I say to them --

"How much do you value your time? These other, cheaper Fiverr transcribers will always require you to listen to your audio again, and proofread it on your own in its entirety. But if you go with me, I provide a guaranteed level of quality."​
My Secret Sauce might actually be in the proofreading. So how do I automate proofreading in the same way that I've automated transcribing? I don't know yet, but I'm working on it. I am the bottleneck. I am the only one who can adhere to the high standard for this project. So my next Turk puzzle is -- How can I apply my personal Style Guide to the product I get out of Turk?