Trying to find an Alternative

Say "NO" to mediocre living rife with jobs, ascetic frugality, and suffocating savings rituals— learn how to build a Fastlane business that pays both freedom and lifestyle affluence. Join our forum with more than 70,000 entrepreneurs who are making it happen.
Join for FREE Today
Get the books
Remove ads? Join Fastlane INSIDERS
(Registration removes this block)
Sort By Best Posts
S

It took me a while to decide to join, but I finally decided that I can't do this alone so here is my story.

Early in my life, I grew up with my dad managing hotels and as a result, we moved frequently (I was born in Chicago and have lived in just about every major region in the US except for the Northeast). My parents split when I was 10 partially due to the moving and partially due to personal reasons that I probably shouldn't go into here. When they split up, my dad decided to go back to school and became a college professor. While my dad was in school, I lived with my mom, but when he graduated and became a professor in Myrtle Beach, my brother and I ended up moving down there.

When my dad became a professor I really started to learn that freedom was a lot better than money. As a professor, he only had to actually be away when he had to teach or during office hours. Otherwise, he could do his research when/where he wanted to. When he was managing hotels it wasn't uncommon for him to work very late and be there for 60+ hours a week. He made a lot more money, got big bonuses, and drove nice cars, but we were forced to move every few years. When he started teaching (after graduate school where money was tight and freedom was less), he had a lot more free time, had almost completely free summers, and basically a month for the holidays (with the occasional summer class, which are usually all online).

During my middle and high school years I pursued my dream of playing golf professionally, however, a mistake in my junior year lead me to stop pursuing that goal. I also became a very good student the last year (I graduated the summer after my junior year) and started to follow the script. I joined the National Guard and went overseas as a medic to Kuwait with the plan of pursuing medical school when I got back. When I got back I started pursuing that goal but decided to switch to computer science after discovering I liked Math more and wanted to pursue an engineering discipline with software engineering having the greatest potential job growth according to the BLS. At this point, the military was paying my way through school and I only took one loan because the paperwork didn't go through quickly enough during my first semester. I decided originally that I wanted to pursue graduate school to become a college professor and have the freedoms that my dad did.

I quickly found out that I wasn't ready and ended up not doing well. With the potential to lose my funding and after getting rejected for a loan (due to my credit score taking a hit unbeknownst to me), I ended up taking an entry-level IT job that I didn’t much care to take but thought it was the best option at the time since I had applied while also applying to grad school and as a result skipped straight to the in-person interview, which brought me here to Charlotte. Once here, I moved into an expensive apartment but had a plan to get started with the slow lane (low spending + saving), invest in real estate rentals, and gain financial freedom. Instead, I started associating myself with people that didn't agree with me (thinking the sidewalk or slow lane was the only way) and hedonistic spending ensued (one of MJ's favorite words haha). Turns out, pursuing plans that your friends constantly discourage is a lot harder than I thought and I made almost no progress while walking the sidewalk. I pursued lost dreams and tried to find satisfaction in various hobbies—turns out there isn't much time to pursue hobbies and therefore get good at them when you work a full-time job.

There is always this deep depression that takes over when I think about my colleagues who have worked at my company 20, 30, even 40+ years (my company is very old school with the average age in IT being 50) and think about how I am also on this track. I look with dread at for the people who are on the company’s portal or Linkedin with a note saying “Congratulations for *insert several decades here* of service” and feel sorry for them more than anything else. The advice I get from those who have been with the company forever usually starts with “...be sure to save now because before you know it you’ll be facing retirement”. I did a little research on this and found out that your brain compresses time into chunks so when you live a scripted existence for 40 years it seems to pass by quickly because you have been spending all of that time in mindless routine. I want to be able to spend time with my future wife and kids, provide for my family, be able to spend more time with my grandparents who I probably won’t have around too much longer, and have a meaningful impact on the world. This doesn’t seem possible in a city where costs continue to rise and with a job that provides at most a 3% raise and 2 weeks of vacation.

That’s when I came across Unscripted , I had previously gotten The Millionaire Fastlane on Audible, but Unscripted really spoke to me more. The way MJ laid out the chapter I like to think of as “A Day in the Life of The Script” and used stories from this forum to describe success really led me to believe that pursuing The Millionaire Fastlane was possible. I’ve had a few ideas and right now, I’m pursuing the most promising one. It took me a while to decide to sign up for the forum, but I finally decided that I really need the support and help of the community. My fiance (as of July 21st, 2018) and my dad have been very supportive so far, but I feel like I can use all of the help I can get. I also hope to share my experiences with others because I want to give as much or more than I get from the forum. Currently, I’m working on a prototype and website for a product that I think has pretty good potential, especially if I can get it into several brick and mortar stores. I look forward to being a part of this community and hope to get to know some of you soon!
Don't like ads? Remove them while supporting the forum: Subscribe to Fastlane Insiders. 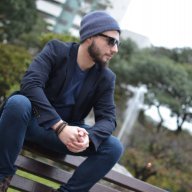 Hey man, welcome to the forum!

Believing that it's possible is extremely hard for a lot people, so it's great to hear that you're already working on some of your personal projects and got that initial momentum rolling. Sometimes the first step is one the hardests, congrats!

Looking foward to hearing from you in the future,