The 3 Wealth Personalities, Which Is You? 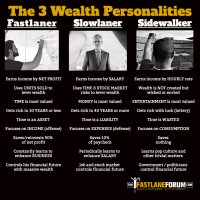 . I guess social conditioning is only dangerous when it's wrong and not questioned. Because Fastlane ideas fed to me propaganda style since age 12 doesn't sound so bad hahaha.

aspiring 大君 of the bourgeoisie

I am stuck in the slow lane behind a school bus and garbage truck right now!

. I guess social conditioning is only dangerous when it's wrong and not questioned. Because Fastlane ideas fed to me propaganda style since age 12 doesn't sound so bad hahaha.
Click to expand...

My favorite would be the rant on looking in peoples shopping carts. If entrepreneurship didn't work out for MJ I'm sure he'd have a career in standup lol
“The world is full of money. Some of it has my name on it. All I have to do is collect it.” ~ Felix Dennis
“What if life wasn’t about paying bills, working for a weekend, and then dying?“ ~ MJ Demarco
“We want entrepreneurs to succeed, the problem is the disconnect with your actions; your effort is not of a millionaire“ ~ MJ Demarco

Man I never realized how true these are until I had my last job. My boss made pretty good money but lived paycheck-to-paycheck it seem like and made stupid financial decisions like buying a brand-new pickup and blowing $500 on gambling. he was afraid that his wife would find out, so he asked me to loan him 500 bucks. safe to say that was a bad decision and I never saw that money again. 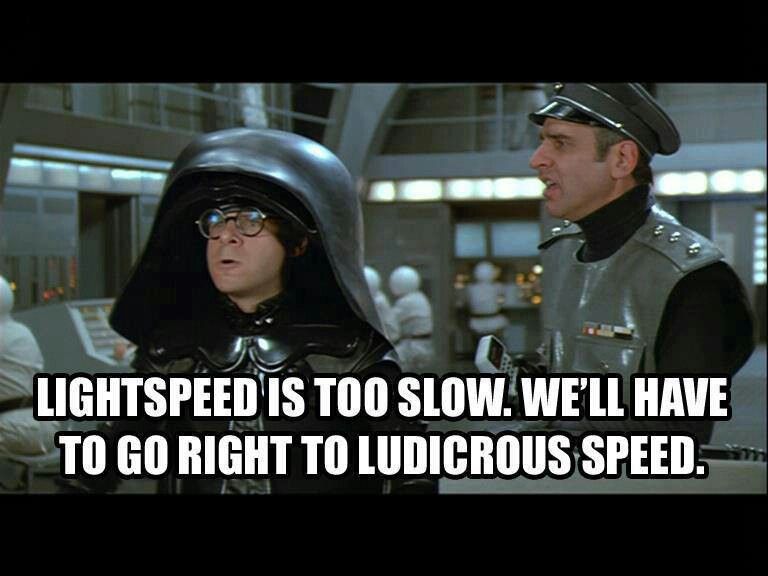 Seconded. I don't care for the whiteboard videos, but I'll watch every single one with your face in it. lol (that sounds weird)
​

Good stuff to wake up to

Everytime MJ makes those snide, sarcastic remarks about the scripted life, I would get so immensely turned on lol
Follow me on my journey : Progress Thread
-"Branding boils down to 'We believe THIS. If you agree, come with us. If not, no worries.' Put your stake in the ground. Then let your tribe gather around." - Eric Bandholz, BeardBrand
-"What are you doing to help your customers be a better version of themselves?"
M

socaldude said:
but I did like the videos where you would film yourself and go on rants.
Click to expand...

mtnman said:
Seconded. I don't care for the whiteboard videos, but I'll watch every single one with your face in it. lol (that sounds weird)
Click to expand...

The whiteboard vids get far better viewing and engagement than the ones with me ranting and raving.

I'm trying to educate people, not become a YT personality.

That said, eventually I'd like to return to that format and do an in-person one every so often. When I sold my house I stopped doing them and planned to restart once I got settled into my new house. Unfortunately I didn't expect that house hunt to take years.

See you on the fastlane

Anyway, all MJ videos are a great way of learning, it would be fantastic if there were more often.
G

GradyS said:
I am stuck in the slow lane behind a school bus and garbage truck right now!

That first step is the hardest for me because my personality (i.e. I'm scared) and I want the first step to be the correct step. However you never know if it's the correct step until you've walked in the direction.
Click to expand...

if the first step is the "correct step" in your mind, then it is probably over analyzed. Especially with those in fear of failure, the first step should mostly be engulfed in fear, anxiety, and feeling really, really wrong
G

. I guess social conditioning is only dangerous when it's wrong and not questioned. Because Fastlane ideas fed to me propaganda style since age 12 doesn't sound so bad hahaha.
Click to expand...

MARKETPLACE You Are One Call Away From Living Your Dream Life - LightHouse’s Accountability Program ⚡
Thanks for clearing that up. What do you recommend for those who are still in the process of...
Wednesday at 11:40 AM
LightHouse

MARKETPLACE Kill Bigger Incubator
I have not offered one of these in a while, but it looks like I have time to take on an...
Feb 23, 2021
Kak