Say "NO" to mediocre living rife with jobs, ascetic frugality, and suffocating savings rituals— learn how to build a Fastlane business that pays both freedom and lifestyle affluence. Join our forum with more than 70,000 entrepreneurs who are making it happen.
Join for FREE Today
Get the books
Remove ads? Join Fastlane INSIDERS
(Registration removes this block)
Sort By Best Posts
R

I am currently working in the Natural Product industry for over 25 years because I had health issue when I was younger and the industry was a way to learn, but after searching my hearts purpose, I found that what makes me happy is making other people laugh with my skills with using impersonations, characters, role playing clever worded lines and voice acting. I feel that my talents tend to be well received from older crowds that appreciate the old school deliveries and the older style of entertainment. I have many made up characters that can also be used in animation for movies, video games, and children books. Something is holding me back from living this desire, I would say it is my wife and 4 year old son. We have monthly expenses of $5,500 so it makes me a slave to my current job. I would like to transition out of my job into two businesses focusing on my talents and how I can serve people with a need for old school entertainment. Any suggestions will be appreciated. 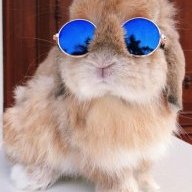 
Rand Brian said:
...what makes me happy is making other people laugh with my skills with using impersonations, characters, role playing clever worded lines and voice acting. I feel that my talents tend to be well received from older crowds that appreciate the old school deliveries and the older style of entertainment. I have many made up characters that can also be used in animation for movies, video games, and children books.
Click to expand...

With youtube right at your doorstep i can't see what's keeping you back from setting up a channel? Youtube is searching for entertainers, you're searching for a channel to start. Sounds like a perfect match.
And a lot of "older crowds" are using modern technology anyways to look at cute cat videos or something similar... my family is infected and rarely seen without devices in their hands... which is weird sometimes.

Best of luck to you! 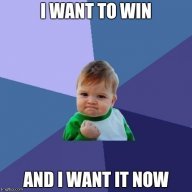 I got the feeling from the tone of your post that you want to do what you love rather than enjoy the process of fulfilling a need. Sure your idea can work, if there is high demand for the content you create, and you have developed a way to monetize it.

So produce a sample of content and spend some money promoting it, youtube would be perfect for that. Then pay close attention to the likes, comments and shares to see if you're getting some traction. Reach out to other entertainers and ask them for feedback.

In general looking for a way to leave your job sounds like running away from something, which is naturally driven by fear and doubt. Instead take action, put yourself out there fearlessly and take the feedback, then decide if you want to use that feedback to change direction, improve or if it's a homerun and you have demand, then you'll be naturally compelled to produce more.

On a side note have you seen the show the impression guys, it's literally about 2 impressionists who do remedial jobs because there is little money in impressions and both want to make it as serious actors... Ross Marquand is an absolute legend and he has used impressions as a launchpad into acting. Point being he started doing what he loved then branched off into doing what pays.

I wish you the best of luck, and would love to see your stuff!