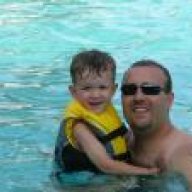 I have an idea for a restaurant that could turn into a franchise.
It is definitely different than anything out there.

My one concern off the top of my head would be the costs and if it
would compete at certain prices.

This is a problem that has bothered me for years and either someone
has not figured out how to streamline it into fastfood or
the costs don't configure.

Anyone have any thoughts on starting a restaurant/fast food
chain then franchising it??

Joe
Don't like ads? Remove them while supporting the forum: Subscribe to Fastlane Insiders.
Full service CPA, but not your ordinary bean counter - Learn more here 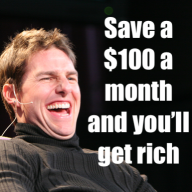 The gentleman buying my current company started multiple restaurants and sold them for millions. He's in his upper 30's. The owner of Chilpolte sold out to McDonalds (the owner was a Chef) for gazillions after replicating the concept nationwide.

Franchising (being a franchisor) is fastlane so congrats to you on that thought process.

I have my own ideas too about restauranteuring which is part reason why I agreed to sell my business to this gentleman -- he is a restaurant guru and has been to the promise land.

There really is truth to "its not WHAT you know, but WHO you know"

As for having experience in the field, I don't. 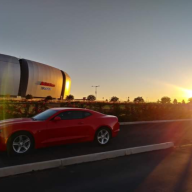 I have been watching the Rich Dad company try to develop a franchise around their products. While it is not food, I will say it takes you into a whole other level of legal issues and strict rules as well as higher levels of accountability.

If you have a great idea- start there. Start it up. See how you like it- work it out, see if people are into it, can you sell it, can you develop systems, etc.

Not to promote all things Rich Dad here, but I loved Rich Dad's Guide to Investing- in the middle there is a section on building a business, using the B-I triangle. It is pretty solid- I literally used it as a road map with my first business.

Try your first place, and see if you can make it what you want, then see about franchising?
"Let go of the past and go for the future. Go confidently in the direction of your dreams. Live the life you've imagined. " â€” Henry David Thoreau
K

I second MJ's advice about partnership.

The running joke in the industry
is about the new restauranteur who got into the business
because he/she likes to eat.

Why is this a joke?

Because the food is a tiny portion of the business.
So having someone experienced knowing all the parts is an asset.
It also helps with the moneymen,
finding financial backing.

For franchising,
it is MUCH easier to franchise
if you have one or two flagship stores
(preferably crammed full of customers).
Something that investors can touch and feel.

If you have any specific questions...

: )
Don't like ads? Remove them while supporting the forum: Subscribe to Fastlane Insiders.
My New Business Development Thoughts
My Investing Thoughts

Thanks all for your thoughts. The one i'm thinking of is in fast food
and it really really solves a problem.

The one key i see is cost of product/ cost of sales.

I'm sure there are other things, but this has resonated in my brain
for a few years and still nobody has done anything (at least in the midwest)
with it????

I know nothing about the food service industry but I agree that if you are looking to franchise the idea, be ready to have simple systems in place because like said above by kimberland, ANYONE will try to get in on a franchise.
K

If you share your %'s,
I can let you know whether they're doable.
Your highest cost will be labor
(which is both variable and fixed
so volume is a key metric).
The food should be pennies on the sale price.

If your gross margin is less than 30%
(that's profit before fixed costs,
labor being a variable cost),
you'll be challenged
(gotta be creative in reducing the costs
or raise prices).
The quick service restaurant I worked for
wouldn't even dream of launching a product with less than 30%.

: )
Don't like ads? Remove them while supporting the forum: Subscribe to Fastlane Insiders.
My New Business Development Thoughts
My Investing Thoughts

30% is a good margin so I agree. Margins are always a battle
to work with.

I have had the idea for a long time. Still a frustration when
I'm trying to choose on something to eat.

Have started to put a plan together to determine if it's doable.

Will probably talk to a few experts/people I know to get some
feedback.

I have thought of a fast food chain too. after visiting the west coast i noticed that my part of the country has crappy fast food. After i saw the lines at In n Out, Fatburger, Carls Jr i figured those places would kill in the east coast. If i had dough i would try to open a franchise of quality drive thru fast food
K

royemunson said:
Still a frustration when
I'm trying to choose on something to eat.
Click to expand...


A "cheat" to figuring out your ballpark potential market
for a quick service restaurant,
is to look at grocery.

You want to launch an L.A. restaurant identical to In-N-Out
except you'll serve chicken burgers instead of beef burgers.
A fast track to your market potential
is to go to a few grocery stores and
look at facings for chicken patties vs beef patties,
average out the ratios and
then apply it to your competitive information for In-N-Out
(average store sales appears in the financials).

So if there are 5 beef patty facings for every 1 chicken patty facing,
you can estimate the market is 20% of the business.
('Course I then compare that to nielsen numbers
but that costs
so I'd do the down and dirty first)

Your idea doesn't appear anywhere in grocery
(not even in the speciality shops)?
I'd be cautious.
Grocery can get pretty niche (longer shelf life).

: )
Don't like ads? Remove them while supporting the forum: Subscribe to Fastlane Insiders.
My New Business Development Thoughts
My Investing Thoughts
W

You guys might want to read this article for inspiration: 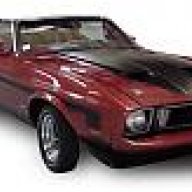 I managed at "Jack" for 15 years. I was one of the top Mgrs for the Franchisee I worked for, not tooting, just saying I know of which I speak, I was good at making money for someone else!

Located in California, my store averaged about $20k a week in the mid 90's making it a "million dollar" store. My combined labor costs (mgmt and production) was 21.5% of my net sales, and my food cost was 27.5% of my net. These were 100% bonusable numbers, and BEFORE the minumum wage went up.

It's safe to say your food and labor costs will be approximately 50% of your net sales. My bottom line was about 18%, with most costs in there like rent, royalties, ins etc., but didn't include salaries etc. above me. Obviously coming from the mid 90's these numbers aren't real current, but hopefully they can get you in the ballpark with the percentages.

I'd suggest starting your concept locally. Testing and tweaking then once you're satisfied with the concept branching out locally, adding partners as needed. Have systems in place before bringing on partners and once you're confident the systems work and you've laid a foundation, franchise as fast as you're comfortable with w/o losing the quality and intergrity of your concept.

I wrote a better post last night, but lost it cuz I guess I timed out. If I can answer questions feel free to ask.

Just to be clear, I was a manager, not the owner, but I did have a close enough relationship with the owner that he would ask my thoughts and ideas on many things throughout the years.
If you want things to change around you, you have to change first. 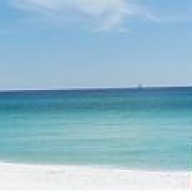 I've always found franchising to be very interesting. In fact, besides my pursuit of real estate investing, I find owning a franchise on my to do list. I agree, labor is a huge cost and headache.

Hm, Chipotle would be a huge cash cow, but they're not franchising. So, Moe's Grill is a good alternative.

What's the deal with In N Out? People talk about it like it's the greatest burger joint on Earth, please what a bunch of baloney. Inandout is nothing but a hyped out, left over from the Beach Boys era. (BBs ROCK, but I'm making an analogy) If you want a real burger joint try Backyard Burgers! Yummy!!!

Don't like ads? Remove them while supporting the forum: Subscribe to Fastlane Insiders.
"Life shrinks or expands in proportion to one's courage" - Anais Nin