Just ran out of money, still hustling but frustrated

I'm starting a SaaS business and bootstraping due to the simplicity and low cost of the idea. I'm a software engineer and I'm about to finish the MVP for the project. It took me 2 years and a half. A lot more than should have taken had I known all this about MVPs, testing and before I had read MJ's awesome book.

While building my MVP, I entered a temp government job as a teacher in Mexico. Since teachers get lots of vacations compared to the ugly 12 hour shifts with schedule shifts every 3 months and extra workload of factories (I know because my girlfriend is doing that as an engineer), I used the time to make progress in the MVP and learned a lot about Angular, Python and how to mount a system. Nonetheless, due to them enjoying my work so much (and personally loving to teach what I know to students), 6 months later they asked me for a full time 60+ hours spot.

Problem is, government doesn't pay you until 6 months after, close to when you're done with the job. With the perk that I may get a permanent spot in 2 weeks with higher regular pay, 2 months paid vacations every 6 months and retirement plan at 65 years old (very Slowlane, I know. But also a great chance to develop the MVP or try different business ventures once you're part of the system with a lower workload), so I left another job I had to work full time at the school and progressed my MVP (albeit more slowly) while trying to keep up with the increased workload.

I got the permanent spot in government and I'm supposed to be reallocated in 2-3 weeks to a school where I'll work 5 hours a day and can stay until I'm 65. I love the job and working with students, so I'd do it without getting paid, but want to stay Fastlane and get enough to pay for my own research (I work in NLP in my spare time) or retire if the workload becomes too annoying. Also the MVP is close to launch in it's streamlined, simplified version, maybe in one more week until I can get it ready to present to clients and iterate it. But I've completely run out of money.

I live with my parents, I owe lots of money now and government still owes me around 4,000 dollars (a good amount in my country) which they haven't notified when I'll get paid. Could be around August where I'll finally get it, and for now don't have enough to even eat. Also my car broke down and since it's a very old model, probably won't be able to get it fixed this time.

I was limiting myself from extra side hustles while on the teaching job because it would make progressing the MVP impossible, but I've also finally entered 2-3 week vacations which leaves me with 3 choices (that I can visualize at least):

I've already checked /r/beermoney and other sites, and thinking of starting some web design hustles in the meantime. But being honest, I'm kinda afraid. I've always focused so much on the technical side and kind of suck at sales. But still hustling. I'm just so depressed, anxious and at the same time hopeful. It's a weird feeling.
Don't like ads? Remove them while supporting the forum: Subscribe to Fastlane Insiders.

Kinda hard for me to come to an opinion without knowing specific details, but I think you'll be OK with whatever you decide, as long as you keep a focus on the MVP in some fashion. 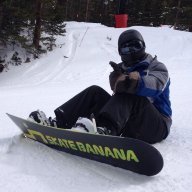 No MVP should take 2.5 years. An MVP should be a prototype that will get you sales because it’s so awesome at solving a customers problem compared to what currently exists.

It should be a prototype that take a day or two (even just mockups) and you will discard 100 of them (based on real user feedback) before you hit one that is worthy to bring to production.

All your other problems are stemming from it taking too long for you to learn because you’re spending too long to build and not enough talking to people.

I highly recommend you buy Inspired by Marty Cagen and The Lean Startup by Eric Reis to get an idea of the software product development process that can be done in hours not years. Read those two books in a weekend and put them to work.

You’re making a common mistake for engineer-turned-entrepreneur. Stop coding, start prototyping and showing people immediately. You can get sales on that, i promise you.

Hopefully this removes some of your anxiety because, in reality, you’re working 100x harder than you should be and this will be easy by comparison, and move you faster to where you want to be.

and following my last post, your MVP will fail. It’s not been validated with any customer yet, and we never ever get it right the first time. You will need to have an income aside from your saas until the product is so good people throw money at you..then it will come faster than you’d ever imagine.
Don't like ads? Remove them while supporting the forum: Subscribe to Fastlane Insiders.
A

csalvato said:
It should be a prototype that take a day or two (even just mockups) and you will discard 100 of them (based on real user feedback) before you hit one that is worthy to bring to production.
Click to expand...

I don't agree with that , prototype is different from mvp and absolutely different from mockup .
MVP can take days or months , also depends how many hands are there .
In 2 days most likely a prototype not MVP
OP: I would say keep the side hustle and work on mvp .

AppMan said:
I don't agree with that , prototype is different from mvp and absolutely different from mockup .
MVP can take days or months , also depends how many hands are there .
Click to expand...

Curious: Have you worked in a fast moving, fast growing tech company or read any of the books by those who have?

An MVP is never an actual production ready product in the fast moving companies that use them effectively. Even so, if your “MVP” takes 2.5 years and you haven’t talked to a single customer yet, you’re literally wasting years of your life.
Last edited: Jul 22, 2019 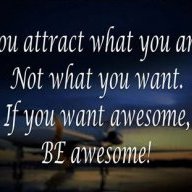 csalvato said:
You’re making a common mistake for engineer-turned-entrepreneur. Stop coding, start prototyping and showing people immediately. You can get sales on that, i promise you.
Click to expand...

Coders code. I'll never understand why they can't see the big picture - but they seem to thrive on every single detail, at an ultimate enormous cost in productivity/results.

(I've worked with them, and one of my sons is one. Give them direction and a path, and they can be brilliant. Leave them alone, and they can drown in the minutiae.)
Don't like ads? Remove them while supporting the forum: Subscribe to Fastlane Insiders.