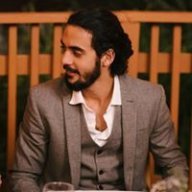 Hey guys, my name is Michael N.
I am a 21 year old entrepreneur who is dropping out of college. I actually was struggling for a long time before i read "the millionaire fast lane"
For almost 2 years I have been dealing with massive amounts of frustration. I couldn't focus on anything, and I had no drive for school.
this made no sense to me, because I had been a diligent person my entire life. when I was in high school I got dead last in the Region for cross country and track freshman year, and by my junior year I had made my self one of the fastest runners in the state. this was because i had bought books, surfed forums, and trained myself (my friend, who was like minded also helped me alot, i did not deliver myself, i also give glory to God). my coach actually kicked me off the team because i refused to follow in his mediocre training methodology from the 90s (one of the worst decades for U.S running.)
when i became a Christian, I read the bible every day for five years for at least an hour every day (I still do). my first business happened by chance. I had a friend who owned a failing business. he struggled to find anyone to buy him out and just wanted to be out of his lease. I offered to buy into the company and slowly buy him out (at one time he offered to sell me the business for $8,000!) and in return, I was going to flip it. i worked 80 hour weeks and completely changed everything about it while preserving the good traits. i poured my savings into it, and at one point, had less than a hundred dollars to my name. I increased the numbers by 500% and hired someone to do my job for me. what started out as a company bringing in $200 a day, turned into a business bringing in more than $200 in 30 minutes, all in less than 3 months of me running it.
I did all of this and yet couldn't muster up the energy to study for my pre-calculus algebra class (or any class really.) nothing worked, i just wasnt motivated. deep down inside, i knew it was a waste of time. I always needed a logical reason for giving my time to something, and there was just not enough leverage to sit down for 5 hours a day, lose sleep, and ruin my quality of life, even though the "payout" would be a degree everyone knew was basically worthless. key that in with a couple condescending teachers with an ego problem ( I assume they were the nerds of their high school who couldn't get laid and decided to take it out on me.)
Que a successful business and a fresh new read (the millionaire fastlane )
the realization that I was making more money then people with degrees, and that people with degrees were applying to work at my buisness, and I was ready to F*cking get out of that life style. I now own another media company which im still working on and im in the process of creating 2 other businesses and opening up my second location for the business i flipped.
Im glad the millionaire fast lane came to my life. if it hadnt, i would still be mindlessly pursuing a degree because it was a "good back up plan."
never settle guys.
cheers,
Michael N
Don't like ads? Remove them while supporting the forum: Subscribe to Fastlane Insiders.

Welcome Michael! Wow, you are a powerfully focused, follow through oriented go-getter, whenever you can see the value of something that passionately motivates you! I look forward to conversations with you! I'm a fellow newbie here, I just joined the forum this month myself.

Late Bloomer said:
Welcome Michael! Wow, you are a powerfully focused, follow through oriented go-getter, whenever you can see the value of something that passionately motivates you! I look forward to conversations with you! I'm a fellow newbie here, I just joined the forum this month myself.
Click to expand...

Cheers! Im happy to be part of a community that doesnt subscribe to societys main stream! lets be diligent and live to good life eh?
look forward to recieving your insight and helping you and others in what ever way i can!