For the poker players among us... 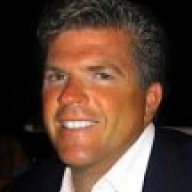 There's a guy who lives in Ohio. One morning, he hears a voice in his head. The voice says,
"Quit your job, sell your house, take all your money, and go to Las Vegas."
He ignores the voice.

Later in the day, he hears the voice again.
"Quit your job, sell your house, take all your money, and go to Las Vegas."

Again, he ignores the voice.

Soon he hears the voice every minute of the day.
"Quit your job, sell your house, take all your money, and go to Las Vegas."

He can't take it anymore. He believes the voice.
He quits his job, sells his house, takes all his money, and flies to Las Vegas.
As soon as he steps off the plane, the voice says, "Go to the Horseshoe."

He goes to The Horseshoe.

The voice says, "Put all your money into a World Series of Poker (WSOP) entry."

He goes to his assigned tournament table.
The first hand is dealt and the guy is dealt AsAd.

He pushes his entire $10,000 bankroll into the pot.
Three players call.

The dealer lays down the flop which is 8h9h10h.

The voice says, "F--k.":shruggie:
Don't like ads? Remove them while supporting the forum: Subscribe to Fastlane Insiders. 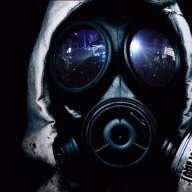 lol that was great!

....Anyone playing the wcoops next month on stars btw? Im going to play a 215 buy in nl event.
BlllllllllllTlllllllllllC --------- 1Gmu89kj2yYsiiodBuQTvLTLrvpZS2Nzfa