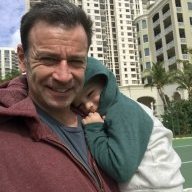 My Name is John Hickey I grew mostly in NYS/NYC. Born 1973. My dad was a construction worker, often laid off we always got by. I was mostly a poor student in school, got by on being a good test taker. Last grade completed was 8th. I started working at 12 on various jobs. Moved out a few times between 15-17 and left for good three weeks after my 17th birthday. My dad gave me $40 and wished good luck. Looking back he always did the right thing, I was a screw up.

I had hundreds of jobs in the next few years telephone sales, door to door sales, stockbroker, real estate, sandhogging(working on NYC water tunnel) window cleaning(38 stories highest I ever went) chimney sweep. I opened my first business at 18 selling dictionaries door to door. Lasted about 3 months I quit when I couldn’t seem to get out of bed for myself anymore. I went to work for company making about the same money but working 60 hours a week. Makes no sense I know.
At 22 I opened my second business selling vintage clothing wholesale. My partner and i did so well we opened a retail store and partied our selves into closing the whole thing. We had borrowed money from a nightclub manager and he was pissed. Wanted his cash back, he offered me a job working in his club...so I could make payments.

At 23 I stumbled into the bar business of NYC and found my place.....for a few years. I worked in the clubs for a few famous club owners, now these guys own Light Group and TAO. In a few years I was making 6 figures. I became known as a hard worker and problem solver. I became sought after as a guy to be on a crew to open a hot nightclub. I worked in NYC, Miami, Hampton’s, Nassau(Bahamas), Khabarosk(Russia).

I became an FDNY firefighter in 2006. Still working.

In 2006 my girlfriend and I were fighting daily. She got tired of my BS and threw me out. So at 33 I was a homeless firefighter. I moved into the basement at work. While still homeless and cat sitting I tried to turn on a friends TV. Only I never watch TV and at the time couldn’t figure out how to use the remote(I’m an idiot) so I goto her DVD player and press play. I watched the movie in her player every day for the next few days. It’s “the secret”.
As much as I think it’s BS today I can tell you that I followed the suggestions to the letter. I took a picture of a house, I burned it into mind. Six months later I bought a multifamily home in Bed Stuy brooklyn. When I looked at the house I had 1500 in the bank. I made an offer. Got accepted. I went back to bartending. I worked at three clubs, Home, Guest House and Pink Elephant. I saved and borrowed the other 35k over the next 6 months. Closed on the house 6/2007.


A few months later things started to go south. I had begun a rehab. I underestimated the rehab. I ran out of money. I should have read J Scott’s book on estimating rehabs...I later did. The economy was tanking, tenants weren’t paying rent I was living on joists with no toilet or shower. I held on. I hurt my shoulder/elbow and couldn’t bartend. I borrowed money from dad. Bills piled up. My accountant suggested a bankruptcy attorney(no way). I had 80k in CC debt from rehabbing house. My mortgage was 4K a month and tenants weren’t paying rent.
I was taking home 1200 every two weeks from fire Dept. I started to default on CC, then the house.

I found a NYC commercial landlord with tons of vacant space. I sold him on the idea of me starting a short term rental business, using his vacant space. We called it 82Mercer, I was there for three years. Made great money. I knocked this one out of the park, for them. I had nothing on paper...meaning title. They owned the property and one day we parted ways. I had managed to pay down all the CC. At first (2009-2011)My credit was shot from late payments and write offs. I had gone back and paid them all...except one that refused payment. But later it returned just a little dinged from the late payments.

I was able to hold onto my house. I got married bought another house (2009) tried flipping houses(2014). Failed then did well and lost more money got sued. Later had thieves for partners but kept on. Eventually I rehabbed the Bed Stuy house and had it producing more than my Fire Dept pay.

Last year I sold the Bed Stuy house for million dollar plus profit. Did a 1031 bought more failied properties in Upstate NY. I went to a small city known for drugs, prostitution, gangs.

Once known as the murder capital of NYS. I looked for the worst area in that city(with old beautiful brick buildings) and bought there. When I went to the police station before buying my places. I asked if I could speak with a veteran cop. I gave the cop a few addresses. Buildings I wanted to buy. He laughed. He said my buildings were #1 & #2 worst building in the city.

BTW that’s an old trick for investors. Find a firehouse/police station and ask about the address of a building....if they don’t know adress that’s a good sign. To most investors anyway. I like problem buildings.

That’s a simplified version of a process that I’ve done once before on a much smaller scale(the house in Bed Stuy) but that about sums it up. I plan to work on my skills and learn my trade a bit better.

Thanks to SteveO for the book tips.

Very glad I found this forum. MFL is awesome I’m reading Unscripted now. I’ve read a lot of success books. Pretty sure they are why I have made it as far as I have.

I’m active on BP. I see a few other familiar names that are well known.

I hope that if anyone wants to buy the worst scariest ghetto real estate I can be a resource.
Don't like ads? Remove them while supporting the forum: Subscribe to Fastlane Insiders.
ShopFado a womens B&M boutiqe and eccomerce biz
Showroom Delfina a multi line contemporary showroom 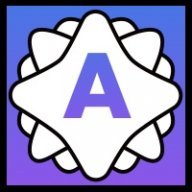 I’m not sure if you’re familiar with Yonkers but one part in Yonkers... Warburton... is ghetto, scary, abandon. Lots of property there for sale. Might want to check it out.

Argue said:
Amazing post man. You are a real OG.

I’m not sure if you’re familiar with Yonkers but one part in Yonkers... Warburton... is ghetto, scary, abandon. Lots of property there for sale. Might want to check it out.
Click to expand...

I’ve been to dinner there on the water. Some great places to eat. I do keep my eye on Yonkers, I’ll pass through again soon and give you an update.