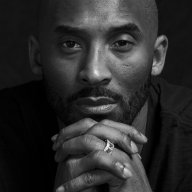 Hello and thank you guys for sharing your thoughts and experiences in this wonderful forum!

I am a 26 year old man, living in a small beautiful country Estonia. City called Tartu to be precise.

I will try to give you a small overview about my life after high school.
I only went to college for a couple of months, mainly because I made the decision to please my step parents, they were pushing me a lot. So I got bored quickly and started working construction many months before they even found out

But Im glad I did. I see a lot of young people here who go to college for 3-5 years and end up working in a completely different industry. But thats that.

My brother was working in Norway as a carpenter at that point and a year after I had left the college I had been in Norway twice (also couple months in Finland), helping to build loghouses and doing other small stuff. It was mostly a learning period because I didn’t know shit. But the money was very good considering Estonian salaries. I maybe earned about the same amount with these two trips than many people in Estonia make in a year. But I was very young so you can guess that I didn’t use it very well

In 2012 I got a job in a small Estonian company that was also building loghouses. In the summer we made a two-month tour to build a huge house in the mountains of Switzerland. But after that there was not so much work anymore but I still needed money so I left and had a job in a scaffolding company for about a year.

In the spring of 2014 I got the chance to go to the same Norwegian company that my brother was working for. I didn’t think twice. It was actually good. Great schedule, we would pretty much tell our boss when we would go home and when we would come back and work. Usually 3-5 weeks working and then the same back in Estonia doing whatever. The carpenting job was also nice. Building loghouses, frame houses, wooden decks, installing windows-doors, building floors, ceilings, roofs.

In the summer of 2016 I helped to find a job there for my girlfriend Kristin also. We pretty much moved to Norway. We decided to work 2-3 months in a row and then came back to Estonia and had 3-4 weeks off.

But as I grew older during these Norwegian years, there was always a voice in the back of my mind that was doubting if this was all I had to offer for the world. And is this the best I can offer for myself and my girlfriend? And the voice was growing and growing. About a year ago I saw an ad for an entrepreneurship video course. It was from the same guy that helped to translate and publish TMF in Estonia (thank you Peeter Pärtel!!!) So I bought it. We watched it together with Kristin and she too got a bit infected and started to think little bit differently.

We really had not much to complain about, the money was good, we had a lot of time for vacation. But still..
We saved a lot of money during this period and decided to take some time off to read and learn and maybe generate some good ideas to start our own business. In October 2017 we moved back to Estonia with all our stuff. I imagined in my head that I would be awesome in building furniture and cool wooden things. I spent a shitload of money to start this. While I did do some really cool stuff for myself, I got bored quickly and I was reading TMF at the same time so luckily I found out early that this is not the path to take.

I think these last months have been the best time of our lives. Of course most of our friends and the "common people" think that we are weird and maybe secret millionaires

How else can you not work for half a year? I think it's unusual for them and not in most peoples nature to save money.

We are constantly learning and reading and have some ideas also that we are working on.
But as the time passes, I realize more and more that no matter how much we learn, know or think we know, it’s worth nothing if we don’t put it in use.

I was hoping to keep this short and sweet but it didn’t work out very well.. so anyway, hello to all!

PS! I received my Unscripted today!
Don't like ads? Remove them while supporting the forum: Subscribe to Fastlane Insiders.