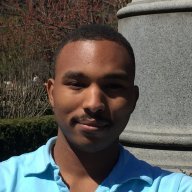 i tried breaking into any retail industry for a long time but I can’t seem to be able to do it. I’m not very passionate about coding at all but I feel like it’s something I can tolerate. I know enough about HTML/CSS but I don’t understand JavaScript at all. I got a certificate from FreeCodeCamp and not only that I took two different courses on the subject. Every time I look online I keep seeing Bachelors degrees and five year experience as the requirement for these jobs. If I do find a company that’s willing to hire a scrub like me I need to be able to show them them how much I give a F*ck.
Don't like ads? Remove them while supporting the forum: Subscribe to Fastlane Insiders.

Suppose I wanted to hire a web coder for some freelance work. This is a realistic idea, as I've hired web coders in past corporate jobs, and I'll probably be in a position to hire some web coders from my own freelance projects within the next few months.

So, I have the chance to hire someone who hates the work but can tolerate it, doesn't know the vocabulary despite having had some classes or certificates that apparently didn't actually teach much, and is trying to figure out how to fake a sense of enthusiasm. What a catch! Shut up and take my money already!

A "front end web developer" who knows nothing about Javascript is like a delivery driver who only knows how to make right turns. Finding a route that will work around their limitations might be a challenge. But leaving that aside, let's suppose I had a way to make some money if I could get some basic html & css help.

For someone who says they know enough html/css for an entry level front end coding gig, here are some questions I can ask off the top of my head, without opening any other browser tabs:

Tell me about the difference between GET and POST.

Tell me about the difference between http and https. When does the lock icon appear? What's a certificate authority? What's a new way to get a free certificate that's a game-changer which started just recently?

What is a cookie? What are some uses of cookies? What happens if a user with existing cookies from your site, switches to a different browser?

"404 not found" is an example of what part of an HTTP transaction?

I want to make all the headings in my site show up in a large red font. Where should I put the code for that? What's an example of the code?

How do borders and padding interact in the CSS box layout model?

There is a problematic element on a web page that you're testing from the user side. What tools would you use to identify where the issue is in the html code?

What are some "gotchas" when setting the appropriate permissions on web files in a Linux server versus a Microsoft server? What would be a good way for a team to share files if some of the developers use Linux and some use Windows?

What version control tools are you familiar with? What's the difference between a centralized checkout model and a decentralized pull request model?

Can I see your portfolio please? Did you hand code any of the designs or are these based on templates?

What are a couple of things to keep in mind so a layout will be responsive to users accessing the site on phone or tablet vs. a full size computer screen?

Maybe I'll be pleasantly surprised that you actually do know all these things already, so I wouldn't need to provide some remedial education on http, html, css, and web project collaboration.

From your job hunt thread though, I think ANY kind of basically stable income source that leaves you a chance to think and act more productively, will help you the most right now.

Once you aren't scrambling to make some immediate money, then you could fill in gaps in your knowledge, circulate at meetup groups to build your own network, read MJ's books, and figure out a better next step related to something that you actually really do care about. Not just something you can endure, but something you wake up happy that you GET to work on today. And I don't mean an HTTP GET request, I mean something that personally lights your fire of happiness and enthusiasm that doesn't have to be faked or manipulated or bought in by "who you know."

I have absolutely no idea what that would be for you, by the way. What would be something that would make you happy to GET to do, rather than try to find a way to impress people about what you HAVE to do? Would you really prefer to help people choose beautiful flowers? To have fast and reliable cars? To enjoy self-confidence? To be free of disease? To learn about history? To correctly file their taxes? To travel the world?

There's not a single damn thing I've yet seen that gives me any hint at all about what you would actually be HAPPY to get to help people or businesses achieve. You've tried to turn "well I endured enough crap to get this damn web certificate" into a job, and now you're trying to turn "well I endured enough crap to click this damn application into Staples" into a job. For your own sake, stop it! Find something that actually matters to you, and then go after it productively! 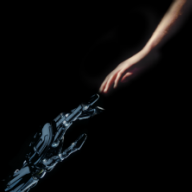 shelton said:
i tried breaking into any retail industry for a long time but I can’t seem to be able to do it. I’m not very passionate about coding at all but I feel like it’s something I can tolerate. I know enough about HTML/CSS but I don’t understand JavaScript at all. I got a certificate from FreeCodeCamp and not only that I took two different courses on the subject. Every time I look online I keep seeing Bachelors degrees and five year experience as the requirement for these jobs. If I do find a company that’s willing to hire a scrub like me I need to be able to show them them how much I give a f*ck.
Click to expand...

@Fox is the person you need to seek out.
No one user programmed me, I'm worth millions of their man years!
L

There are still plenty of unemployed developers, that's why companies screen like that. Remember bill gates and Zuckerberg were drop outs, but companies don't want to hire them. Bill Gates couldn't get hired at Microsoft today.

Go make money, and then pay a college kids peanuts to work for you. You might want to look in to growth hacking, you can take an existing product like Ubuntu, learn about it and see if you can sell it, or even just suggesy improvements as an average user, you will meet lots of programmers to help you.
Don't like ads? Remove them while supporting the forum: Subscribe to Fastlane Insiders.
Last edited: Jun 29, 2018

Uh-huh The Myth Of The College Dropout
No one user programmed me, I'm worth millions of their man years!
L

Roli said:
Uh-huh The Myth Of The College Dropout
Click to expand...

Gates and Zuckerberg might not have built the final product, but they built the prototype. If the only thing stopping you is a developer then a college kids is probably good enough (better than outsourced too imho) just to get something up. We all know execution counts, bad execution by a college kids is better than no execution because the outsourcer ran off with your money. At least you've got control, locally you've got help through colleges.

LittleWolfie said:
Gates and Zuckerberg might not have built the final product, but they built the prototype.
Click to expand...

For both of them, their first coding product was not what made them famous.

Gates and Allen's first business was Traf-O-Data, which also had a hardware engineer on board. They wrote a reader/counter for traffic count data stored on punched paper tape.
"We ended up being okay successful, not seriously successful ... just by processing the tapes. At first that was a very manual process. Then we used this prototype machine that we built to do that. So, we made a little bit of money and had some fun with it." - Gates
"Even though Traf-O-Data wasn't a roaring success, it was seminal in preparing us to make Microsoft's first product a couple of years later. We taught ourselves ... so we could develop software even before our machine was built." - Allen

Gates and Allen's next project, first product for Micro-Soft, was a Basic interpreter for a new computer. They pitched it in order to get a meeting, before they wrote any code. Then they scrambled to write the code in time for the demo meeting. Sound familiar?
Don't like ads? Remove them while supporting the forum: Subscribe to Fastlane Insiders.