Years after my initial FTE... 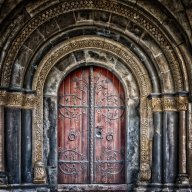 I want to share a bit more of my background and how I got to where I am now. Why I am here. I will try to shorten it.

I had a breakthrough "F*ck This Event" years ago. Back in 2011. I was 23 back then. 2 years out of university and working as a software developer (9-5 and 5 out of 7). Pay was good and I was getting ridiculous raises monthly. I was adding value apparently.

I worked in an office filled with overweight domesticated primates concerned with nothing more than the latest tech and whatever escapist realities they were plugged into. I had no concern for this. I had my own escapist reality: ganja. A nice blanket for the pain.

In the interest of mental and physical health I decided to stop smoking marijuana and cigarettes. I started exercising and getting fit and healthy. This continued for a month. Then I had a breakdown. It all hit me at once. I had no idea what to do other than to medicate. I went in search. All roads happened to be blocked. I settled for cigarettes. This lapse in having my pain blanky caused me to make a choice.

I decided that night something had to change. I quit my job. Moved to an eco-village. Lived there for a year. Drank a lot and smoked more marijuana. Not much of a solution but better than a desk job. I left there eventually due to the same monkey politics I was trying to escape. In effect I was only trying to escape my inability to deal with such things. They are unavoidable.

I had no format. No goals. I just knew in every cell and atom that I was not going to bow down again. I travelled the country, living frugally on my savings and not doing too much of value other than depositing carbon and nitrogen back into the soil.

Beginning of last year I started exercising again and getting my life in order. Stopped smoking cigarettes again. Also tossed the booze and the weed. Beginning to own my reality. The works of Jordan B. Peterson helped me a lot. The Self-Authoring program he helped create has been of immense value to me. Highly recommended. Skip forward a bit. Then I came across Millionaire Fastlane just over two weeks back. The final piece began to click. Then I came across this forum. Someone mentioned The Miracle Morning in a thread. Then I started with that. Now my days are full. I am moving towards something. I have fired up the engine. I have to give myself part of the credit, but I do not think I would be where I am now, fired up and moving at this pace were it not for a few notables: Jordan Peterson, MJ Demarco, Hal Elrod and whoever mentioned The Miracle Morning. My gratitude is extensive. Thank you all.
Don't like ads? Remove them while supporting the forum: Subscribe to Fastlane Insiders.