Why The 1% Is Important - FREE Money. 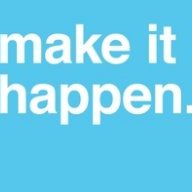 As it's the end of the year I ran some reports and had a staff meeting before closing up.

This is completely simple, it's not rocket science and it is stating the absolute obvious.

However it's also very easy to forget.

We've been so focused on growing the turnover, and whilst we are being pretty strict on maintaining profit margins it's still very easy to forget the 1%...

So if you can:


Then you might just make an extra couple of percent at the end of the year for the same turnover, for doing nothing more than spending wisely.

That's how much I could have had in my pocket right now, if I bought one particular best selling product line in 50's rather than in 5's. Overall would have spent the same amount throughout the year.

If I'd have stocked another product line instead of dropshipping then I'd have gained an extra 1% on that line simply by reducing shipping costs.

I feel a bit stupid for missing this basic business principle - "reduce costs, make more money - no s&&t" but it's easily forgotten when you're chasing more sales.
Don't like ads? Remove them while supporting the forum: Subscribe to Fastlane Insiders.
Last edited: Dec 28, 2017