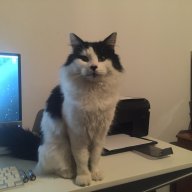 I love both TMF and Unscripted and have read/listened to them both more than once but, for the third time in my entrepreneurial career , my business polygamy has saved me from business failure.

I get that there are benefits from economies of scale, efficiency and innovation due to complete focus in just having one business but I think the benefits are outweighed by the dangers of only having one income stream.

In my case I have 3 different business's, a membership based recurring revenue one, a lower volume higher order value one and a high volume low priced single product one. They're all in the same industry but they all have their own challenges and weaknesses.

I've had a catastrophic "black swan" event in each of them over the last few years and having the other two has saved me.

A few years ago when I was launching my single product business I placed my largest order ever and expanded my marketing effort. I was stretched financially trying to scale and suddenly complaints came flooding in, the large order was junk...

I had already committed to spending a lot of money on marketing which couldn't be cancelled (tv ads) and I couldn't sell or easily fix the stock I had but I had to keep paying warehouse fees and service minimums on contracts I'd signed. My Chinese suppliers denied liability and I knew it wasn't going to be a quick fix even if I had cash to throw at the situation.

Thankfully I was able to go back to Ireland with my tail between my legs, run the low volume business really lean and dig myself out of the mess which ended up taking about 18 months to resolve... I got lucky with a really strong exchange rate and a few large contracts which meant it was unusually profitable but that didn't last forever.

A few years later it violently swung the other way, it's in Ireland and my main competitors are in the Uk. My competitive advantage was that I was the same price as the Uk companies but customers could visit my warehouse, see the products and get a more personal service from me. In December 2015 the sterling exchange rate was 1.45. By June 2016 it was 1.15, that meant 80% of my customers went to the Uk, it's a huge swing and I just couldn't compete and stay profitable or if I did I would have just been working for minimum wage.

I was able to afford to let that business coast while the Uk companies slowly upped their prices over the next year or two and had to buy new stock at the new exchange rates...

My recurring revenue business was supposed to be my safest business, apart from 1 seasonal spike, the revenue will only change by a few percent each month. Then a few months ago, members of a well known paramilitary organisation cornered me in my office, after some death threats they produced a contract for me to sign over ownership of the business.

I know that's an exceptional event and not what you plan for in business but that's what black swans are. For the third time in less than 6 years I was extremely glad to have more than one business...

In the book Principles, Ray Dalio talks a revelation hitting him with the same force as Einstein must of felt when he discovered e=mc2, picking uncorrelated assets will not reduce expected return but will reduce risk by 80%! His holy grail of investing is picking 15 different uncorrelated assets but he doesn't have to run the business's. Have a look at his chart where you can see that there are huge reductions in risk when going from one to two or three which is what I think is more realistic for entrepreneurs.


For reference, 2 of my business's turn over about half a million a year and the third one is close to doing a million so they aren't huge, none of them really have the potential to be huge either. I think with my attention focused 100% on any of them, the max I could increase any of them would be less than double the turnover. This increase in turnover wouldn't be worth the increased risk of not continuing running the others.

Another thing I've been thinking about during my working day is how different it would be running one company with a 2 million turnover verses three with the same combined turnover. Bringing a company from half a million to 2 million doesn't necessarily mean 4x the same things you currently do, it will probably involve expanding into new markets or opening up new channels of distribution which is similar to starting a new business.

Every business is different and tipping points, momentum and network effects do massively benefit some business models but for others the first half million might be the low hanging fruit and as you increase the turnover the margins will decrease.

Another thing that struck me was that just because the three business's have separate legal entities it doesn't mean that lessons learned in one don't translate to the others. Obviously there will be a little more red tape but managing the different aspect of turning over 2 million is probably very similar whether it's three business's or just one...

Deciding which fires to let burn and knowing that perfect is the enemy of good are two important principles in running multiple business's but I think it's a good strategy (and I'm working on a fourth business at the moment!)
Don't like ads? Remove them while supporting the forum: Subscribe to Fastlane Insiders. 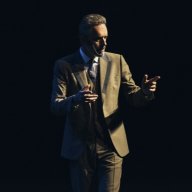 The Irish Guy said:
I get that there are benefits from economies of scale, efficiency and innovation due to complete focus in just having one business but I think the benefits are outweighed by the dangers of only having one income stream.
Click to expand...

Hope you can shed me some light here.

Does that mean I can't have more than one income stream by creating primary, secondary, or maybe tertiary revenue in monogamous business?