The future of Fastlane mentality and business implementation

Hey everybody. Do you think that Fastlane mentality and CENTS business models will eventually become mainstream anytime at all in the future? Or do you think it will always remain a relatively "underground" or non-mainstream business model? And why?
Thanks.
Don't like ads? Remove them while supporting the forum: Subscribe to Fastlane Insiders. 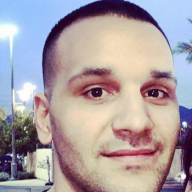 From a startup/entrepreneurial stand point? I don't think so. The fastlane/cents model is hard for people to grasp because it goes against your human nature, and requires more of a mindset change.


Needs: Most people fail to meet this commandment because they are seeking to satisfy their self-absorbed passions and do things their way. Identifying a real need requires you to become unselfish. One girl I know is a business coach and always says " I really want to host retreats because I JUST LOVE doing that kind of stuff". Who cares what you want?

Entry Barriers: Once again takes a strong mental commitment to invest in something with barriers. In the 90's it was "flip real estate easy!". 2000's and 2010's it was network marketing. 2010's it seems to be life coaching and social media consulting and blogging.

Scale/Control/Time: Well to build a scalable business that you control is much more difficult because it takes next level commitment even AFTER getting initial business. I gained contracts in my first few months and was not hungry enough for more so didn't build the business to scale, start working on processes, etc. It takes DISCIPLINE even in the face of small successes - it's against our nature.
My GOLD progress thread. I will be crossing the $500,000/yr profit threshold this year. OR VISIT How formulas have grown my business profits. Website: https://engynn-intranet.com 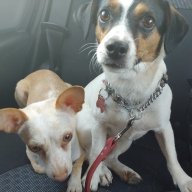 Nah. It's too much work. Most people just wanna get paid and go home.

Certain things are becoming more mainstream, like investing in general (since most everyone has a 401(k) or similar). But they usually don't go further than indexing or dollar cost averaging with dividends accounted for. Real estate investing is becoming a little more mainstream, especially where I live, but usually they think about it like, oh I'll buy a house that's a little too big for me so I can rent out the remaining rooms for students. Or, oh I'll finish the basement in this old house and rent it out as a separate unit.

Small (emphasis on 'small') business entrepreneurship is becoming more popular in general, but it's more like 'I hope this side gig eventually makes me enough money so I can quit my job'

None of that is Fastlane, though. The Fastlane stuff is a lot of work and dedication... and also time (hours AND years) People kind of just want either an easy fix that they can work on for a short time and BOOM you're good, or something that can be automated (put $100 per paycheque into an investment account). 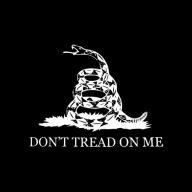 I don't think it'll ever really become mainstream. Like others have said, people are naturally lazy.

And regarding existing business communities, Fastlane entrepreneurship is more lifestyle-focused rather than trying to change the world or being Mr. Business Plan
Don't like ads? Remove them while supporting the forum: Subscribe to Fastlane Insiders.
"Most men lead lives of quiet desperation.” (Henry David Thoreau)
"You are separated from your goals by a number of actions. Not years." (Douglas Kruger)
NOTABLE! - The Best Speech On The Scripted Mindset You've Never Heard...​ 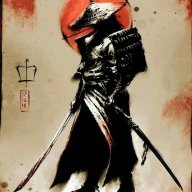 There are so many gurus out there making courses showing fancy report and crazy results (possibly fake). They say it's easy to do, you just follow these steps. I believe "Greed " plays a big part and is very appealing when it comes to selling these money making courses. It's blinding people from seeing the truth.

Found this forum and MJ's book back in 2015, read it and joined the forum. The selfish and greedy mentality will not be congruent with the culture or beliefs here. There are so many nice fancy courses like an easy "make passive income dropshipping in 6 months" course will scoop up and drag them away.

When you come to this forum you need to spend time, read and unravel a lot of conflicting beliefs. Most are too lazy to scroll through 50 pages of a gold thread and there are many with so much value...

The more I read from those who contribute and share their success, I see a long hard process and very kind-hearted people who put their absolute best in creating great value product/service and putting the customer first. More than that is they share it with the community. I wish I wasn't greedy, selfish but it's human nature and when you're broke as a joke it's easy to get tricked.

Everyone who succeeded or will be here, I see why they do, and really genuinely for the first time, not envy but truly admire and want to learn from.