So over the years I've observed and experienced something called shiny object syndrome.

People new to the forum or entrepreneurship might not have heard this term before, but it's definition is pretty simple.

It's when you seek out a new "better looking" opportunity, in place of the one you are currently in.

For example, if you were starting a shopify store to sell a product that you found or developed, but then you saw a friend doing $10k a month selling things on amazon, so you drop your shopify store and go learn how to sell on amazon.

Then a month later you've wasted some money and you get discouraged with amazon. You see someone making $10k a month consulting with clients, so you drop your amazon business to go run over to this "better opportunity"

Then a month later you arent making any money consulting, so you decide to try and write an ebook. It fails so you try a blog. The you try to make a youtube channel. Then you try to sell fuzzy sweaters on etsy. And so on and so on...

Shiny object syndrome can be a real killer of dreams, because most entrepreneurs like us have trouble focusing. I'm even writing this post because I'm not focusing on my business this morning.

The only real way to defeat it is to focus on one business idea and give it 100% attention.

I'll give you a quick example. I was into selling on shopify. I made a good amount of money on shopify when I first started, About $20k profit my first few months. I felt like a rockstar, but then things started to get tough.

People copied my product video, ads, landing page and I was out of "business" over night.

I could have said "F this" and moved on to another business model, but I didn't, I stuck to it for another 2 years after that and really tried to make it work.

I just never could get up to a full time income, so I decided to use the skills that I learned to start working with clients, and help them with their Facebook advertising.

I could have tried 14 different business models in those 2 years, but I knew I had to stick to one and give it my all. It didn't end up working out so I moved on to a different opportunity.

One last thing though, It's totally okay to try something else if what you're doing isn't working. I worked on my shopify business for over 2 years before moving on.

It's easy to get stuck in the sunk cost fallacy, when you don't want to give up because you've put so much time money and effort into making something work. I experienced this with my shopify store, since i had spent years and tens of thousands to keep it going.

At the end of the day it's important to know when to quit and when to keep going.

If you don't see success in a week, It's because it's not enough time.

If you don't see success after 6 months though, you need to change your approach, or consider moving on.

To sum it up: Know when to keep going, and know when to cut your losses and move on. It will save you time, money, and frustration.

A lot of shiny object syndrome can be linked to a lack of confidence in your venture or in your abilities. It's a tough nut to crack and takes discipline and willpower to stay focused and on point. I remember suffering a bout of it several years ago. Time was of the essence as finances were running out. I just couldn't gain any traction on what I was doing so had a bout of what I preferred to call 'headless chicken syndrome'. At least it felt that way at the time.

There is a Gold Progress thread on the Inside by @JAJT who has focused for 2 full years on a product and faced all sorts of uphill battles with it. He has taken it to its ultimate conclusion and posted about it yesterday. He is one seriously dedicated guy. Shiny object syndrome is not in his vocabulary.

Pick wisely. Do your research. Know that the percentages are on your side then FOCUS like your life depends on it.
Last edited: Mar 5, 2019
-
The biggest problem encountered while trying to design a system that was completely foolproof,
was, that people tended to underestimate the ingenuity of complete fools. - Douglas Adams
Progress thread here
“Once you replace negative thoughts with positive ones, you’ll start having positive results.” – Willie Nelson

@RazorCut
"the grass is allways greener where you water it" I like this one ill remember it!

njord said:
@RazorCut
"the grass is allways greener where you water it" I like this one ill remember it!
Click to expand... 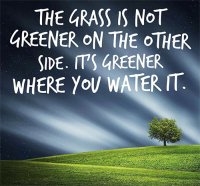 -
The biggest problem encountered while trying to design a system that was completely foolproof,
was, that people tended to underestimate the ingenuity of complete fools. - Douglas Adams
Progress thread here
“Once you replace negative thoughts with positive ones, you’ll start having positive results.” – Willie Nelson

MARKETPLACE NEW: The Best School for Going Fastlane (Now open for summer enrollment)
Hi Guys! Just wanted to chime in and say that I am a part of Fox's Web School program. Though I...
Saturday at 2:06 PM
ZackSprague

MARKETPLACE Fox Web School "Legend" Group Coaching Program 2021
Any update? Hey bud! When I can squeeze out the time to work, it's been going pretty well...
Jul 22, 2021
RicardoGrande

MARKETPLACE Entrepreneur's Toolbox: Company Formation, Virtual Mailbox, Registered Agent, Remote Online Notary
Appreciating the transparency and lack of hidden fees. The website is very up-front and user...
Jul 6, 2021
GlobalWealth
M
Introducing MJ's Personal Unscripted Network, Join Now for FREE!
Any chance to make it available outside of US? It has been available outside of the US on...
May 29, 2021
MJ DeMarco
Share:
Facebook Twitter Reddit Pinterest Tumblr WhatsApp Email Share Link