Returning from years of absence 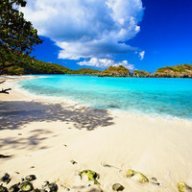 Hello all! Some may remember me, most will not. I joined originally in 2014 and had enjoyed the forums for awhile but eventually forgot about them. Overheard some people at the bar tonight talking about their real estate deals and it made me remember, so I decided to return and see what's changed. I certainly have! Looking forward to learning a ton, and contributing what I can. Cheers!
Don't like ads? Remove them while supporting the forum: Subscribe to Fastlane Insiders. 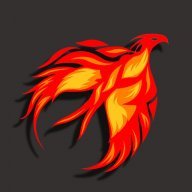 robotunicr0n said:
I decided to return and see what's changed. I certainly have! Looking forward to learning a ton, and contributing what I can. Cheers!
Click to expand...

Welcome back. So fill us in on the last 5 years.
-
The biggest problem encountered while trying to design a system that was completely foolproof,
was, that people tended to underestimate the ingenuity of complete fools. - Douglas Adams

When I originally found The Millionaire Fastlane , I had just been fired from my first job out of college and had been forced to move state back to my parents home. Most of my posts in here from back then are from when I was unemployed. The ideas I posted about I took to their eventual and short conclusion which was failure, and moved on to new and more ideas.

I ended up jumping around jobs as a contractor, which was an excellent gig. I got to work with Amazon, Disney, and others, mostly on my terms, and had month long vacations in between contracts that I was able to travel. During that time the agency I was with was busy finding me a new job and getting me a raise. They did that after every contract, average length of 6 months. I hopped up from around 20/hr to 100+ over a few years, and then found a company I liked enough to stay at, so switched to full time and that's where I am now.

Currently have 2 apps in production, one is a social media app, and the other is a search accessibility app. I'm also currently creating a video course that teaches time management skills both from a business context and a personal life management context. Just in the writing stages on this one currently, but aiming for 2020.

I've also finally been investing in the stock market a bit. Very small amounts, but taking this years bonus to open a new account with a fiduciary I've worked with in the past.

Still have so much to learn!