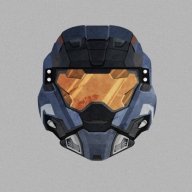 I wanted to document my progress to both hold myself accountable and gather feedback from other forum members who have been in a similar situation. I appreciate all advice and feedback, whether good or bad. The beginning of the new year is a good time for me to be doing this, as I now have an obligation to myself to update it on a monthly basis.

Around 12 months ago I signed up to the forum. I didn't post much, but did a lot of reading. I ended up spending the next few months researching several ideas but not committing on any. The result was a Google Drive account with hours of research correctly filed and documented into individual projects, but no action. This was the definition of action-faking.

A particularly jarring day at work forced my hand. My immediate boss had been even more patronising than normal and the managing director had just announced his semi-retirement by moving to the US into multi-million dollar property. I had an annual review, scored 'exceptional' in every category and was rewarded with a £20 Amazon gift card for my trouble, but no pay increase. Now was the time to act.

And act I did. I opened Google Drive folder 'Project 1' and reviewed my research. I ordered 10 samples from a supplier in China. 7 were terrible and were rejected. 2 were perfect and were accepted. 1 had flaws, so I discussed the manufacturing process with my contact. They agreed to some changes and I accepted a minimum order quantity of 10,000 at £4000.

They took 3 months to arrive in England via a container ship from China. I then arranged for a courier to deliver them to the north. It had been a long process, but I was ready to go. Whilst waiting for the delivery I had pre-built some sophisticated looking eBay and Amazon stores. All I needed was the stock, and it was now sat on 7 wooden pallets on my driveway.

After shipping, marketplace fees and the initial cost, I was roughly doubling my money on each item sold. Things went well for around another 3 months, I was running down my stock and almost ready to process another order from my supplier in China. Then, another seller appeared on both eBay and Amazon, offering a product identical to my most successful. He undercut me at every turn, offered the same next day delivery service for less money. When I reduced my cost, he reduced his. I was getting dangerously close to my item's cost price, making next to no money. But still he kept undercutting me.

Eventually I decided that that I needed to take action. I found the seller's contact details (phone and address) on his eBay store page and gave him a call. He seemed taken aback that I had called, and I explained my proposal - "We're both losing money here. Let's both increase prices and agree to price match. I could come and visit you to discuss if you'd prefer." I could tell over the phone that he was surprised and potentially a bit out of his depth (I used to work as a Security Guard and have been told I can come across intimidating) so he agreed and thanked me for my time. And he stuck to his word - increasing his price to the same as me.

I wasn't sure how to respond. Do I match him again? Do I drive around to his address and see what he has to say? Do I call him again?

In the end I decided to make a more radical change and overhaul my product listings into a more 'premium' product. It was high quality to start with so there was no issue with doing so and charging a premium for it. Before long I was starting to outsell my competitor despite charging more for the same product.

Now the boot was on the other foot and was working in my favour. I was now making twice the profit on each item without spending anything extra. It really highlighted how targeting different markets yields different results.

Project 2 has been kickstarted this morning. I am waiting for some materials to arrive and should have a product ready for distribution by this time next week.
Don't like ads? Remove them while supporting the forum: Subscribe to Fastlane Insiders.