I got an email from Fred von Lohmann of the Electronic Frontier Foundation yesterday. It began, 'Half the companies you blog about have copyright or privacy legal issues simmering just under the surface. Since most of them are thinly capitalized, when 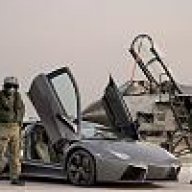 The best part is this:

For any good idea out there, "someone will claim it infringes" with their patent, von Lohmann says. Patent trolls live to shake settlements out of companies that have money. As long as you're thinly funded or struggling, they won't come after you. Like successful parasites, they target big, juicy hosts. So don't expect a patent claim against your business until you're established. But don't expect the proposed terms will be worth fighting in court. The quick settlement is what the trolls are after, and settling makes the most business sense for most companies. Be sure to prepare for this outlay.

Facebook is going through this now where some are suing them for stealing the idea. Parasites....Kill them. :frocket:
Don't like ads? Remove them while supporting the forum: Subscribe to Fastlane Insiders.

Forget speed +++ for our Algorithm...