Is it better for a newbie to outsource a digital product to a team who can bring it life or create it his/her self?

I've been having a lot of internal dialogue about how I should go about an idea of mine that just wont seem to go away. I'm currently a 23 law graduate based in the UK (who has no interest in practicing law anymore ironically). I found myself at a job that allows me to earn £27k a year after currently and I'm well on track in aggressively saving my income. Whilst working I'm using my 5-9 to learn how to code specifically in app development. Am I wasting my time in doing so? Would I be better of outsourcing the idea of my app to a dedicated team who would be expensive af or maybe to an independent developer, who I have heard through reviews , won't really care about my idea as much as I do? Right now I'm swaying towards learning as much as I can about coding and app development in order to understand what I'm getting myself into and to be able to articulate what I want to a team if I end up outsourcing it as well as to also have a nice skill under my belt as a side hustle if needs be. Has anyone here gone under a similar scenario? I would appreciate some wisdom and guidance. FYI, The app is a social media network, and I would like to get it out into the market as soon as possible. People have told me that the world doesn't really need a new social media app, but ironically no one knows what the market truly wants, they can only speak for themselves. You can only put your idea out there and see how people react in order to see if they want it or not. I don't want to be a unicorn business but rather a highly interactive community which I believe there is space for.
Don't like ads? Remove them while supporting the forum: Subscribe to Fastlane Insiders. 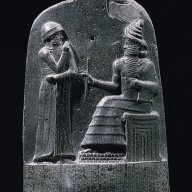 Understanding a skill’s basics and knowing the many ways it can be applied is extremely useful.

You can do that in a few hundred hours.

To master a skill takes 1000’s of hours, years, decades. Is it worth it? For the sake of mastery, yes. For wealth? No. Unique synergy among skills is better.

Make app developmemt one of your many skills, but not THE skill.