Is It A Myth That All The Big Companies Aren’t Investing Into Social Media Advertising?

Say "NO" to mediocre living rife with jobs, ascetic frugality, and suffocating savings rituals— learn how to build a Fastlane business that pays both freedom and lifestyle affluence. Join our forum with more than 70,000 entrepreneurs who are making it happen.
Join for FREE Today
Get the books
Remove ads? Join Fastlane INSIDERS
(Registration removes this block)
Social media marketing, advertising, and growth
Sort By Best Posts 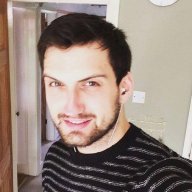 So I keep hearing from the likes of Gary Vee, Tai Lopez and all these other entrepreneurs that all the large companies aren’t investing very heavily in social media advertising.

Why would this be and is it even true?

For example, Facebook Ads have been around for about 11 years now, so they’re not anything new. Gary Vee is making out that they’re like Google AdWords back in 2001, but they had only been out for a year back then, so they were obviously cheap. To me, it doesn’t seem like the same thing at all. It’s more like Google Adwords in 2011 seeing as they had been out for 11 years by then too.

Surely if these companies were getting huge ROIs on their Facebook Ad campaigns, they’d put more money into it? They can’t be that stupid, surely?

What are your thoughts?
Don't like ads? Remove them while supporting the forum: Subscribe to Fastlane Insiders.