How to Mentally Approach Surgical Recovery? 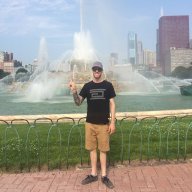 In roughly two weeks I head in to have an intestinal hernia repaired (just above the belly button kind). It's a surgery I am having by choice, and it's my first major surgery.

The doc has warned me that things are going to be very, very painful for one to two weeks after the procedure. I'll be on strong pain meds and muscle relaxers. I'll have help taking care of me at home.

I am looking for guidance on the recovery aspect - specifically how to mentally approach it. I'm going to completely stop working - I just don't know how I should spend my time otherwise. I'll probably spend most of the first week in bed.

Normally I avoid getting sucked into the consumerism of season after season of trash TV or a time sucking video game - but I am wondering if this is a time to purposefully head down that rabbit hole just to distract from the pain?

Anyone have any guidance?
Don't like ads? Remove them while supporting the forum: Subscribe to Fastlane Insiders. 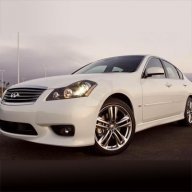 vth said:
Anyone have any guidance?
Click to expand...

Sounds like a great time to catch up on reading (or audio books) & start planning out things you want to do/get out of life. Put pen to paper & create some timelines on the things you want to accomplish, etc. So few of us ever really sit down & assess what we want/need in this life. This sounds like a great time to really solidify the things that are important to you in this life.

Also, have your plan mapped out to wean yourself off pain meds. They're addictive as F*ck. Seriously, plan your transition off of them & stick to that plan.
"If you're gonna be a bear, be a GRIZZLY"

My perspective is this, only from fairly routine ACL repair surgery:

- ASK A LOT OF QUESTIONS!
The doctors do this surgery all the time. It's routine for them, so they don't really think a ton about it. This is your first (and hopefully only time). Ask. If you have a concern, ASK. Don't be shy.

I was way too quiet when I had surgery, and it was so routine for them... I ended up not doing nearly all the things I should have done for a speedy recovery. While the docs did nothing wrong, I just wasn't prepared.


- Have meals pre-made. My friends and family helped a bit here, but they had lasagne, and other stuff made for me and frozen. So, I was eating real food, pretty healthy, as my appetite allowed.


- Research Research Research. (this is related to my first point) Read how other people who had similar surgery did. What they tried that worked and didn't. Don't just take the doctors at their word, be informed, ask, and get lots of opinions.


- Pain meds - they made me feel worse than the pain, so I stopped after 48 hours. As noted above, that stuff is terrible, so, I would plan as soon as you are physically able, get rid of them and just deal with it yourself. I was much better off being in pain, than I was high on medication. 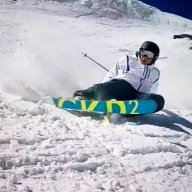 Like @WestCoast I also have experience from ACL surgeries. Make sure you ask the doctor what sort of issues you can expect to run into AFTER surgery and during recovery, as well as a timeline. There will likely be many unforeseen hindrances. As an example of post ACL surgery:

First few weeks: literally couldn't get myself out of bed and into the bathroom or to grab food from the fridge. Pain was excruciating even just moving my leg slightly (even on meds) and I had nowhere near the leg strength to actually stand up. Luckily I was at home and had my mom + brother to basically cater to my whim 24/7. 3am and I needed to piss? Time to shout across my house and wake up mom. If I hadn't anticipated this issue then I have no clue how I would have survived, would have had to dole out thounsands of $ (which I didn't have) to stay in the hospital for a month.

Following few months: Still lots of trouble. Gotta wear an extremely uncomfortable brace and use crutches for a while, while I could finally move on my own it still sucked to do so. So, I flew back to Colorado away from my family and back to college. But I hadn't anticipated how this would work... My house was a 45 min walk from my classes (when healthy). I couldn't cover that much distance in my current shape and I couldn't drive because hurt knee was on my right side. Oops.

So make sure you think ahead. What are the things you will need to do that may be impacted? Try to come up with all the scenarios and put solutions in place before you have your surgery.

Also, like @Red and @WestCoast said, pain meds. Be really, really careful with these things. My doctor tried to load me up on Vicodin... I decided that popping multiple of these EVERY DAY for WEEKS would be a rather bad decision. What I did instead was consult with a few pharmacists I knew and came up with alternative solutions like a combination of tylenol, advil and at times, marijuana. That ended up working just fine for me as I only took the harder stuff for a couple of days and when doing very difficult, early PT work. But most of the time I could get by with over-the-counters and some good homegrow (careful with that if you're not in Colorado/Cali/etc. though)

Fun fact: my profile pic. is the scene right before I ran into my buddy with a GoPro and tore said ACL. If you look carefully I only have 1 ski on. But it looks cool!
Don't like ads? Remove them while supporting the forum: Subscribe to Fastlane Insiders.

Thanks for all the insight from everyone!

I have my mom flying out for a week+ around the time so I'll have some full time hands to help for at least the first week. Also going to start making some plans like you advise - haven't done that yet.

Good advice on the pain meds. I know well how they can be an addictive crutch and plan to use as little as possible. I'll be sure to make a list of questions for the doc and get as many answers as possible before hand.