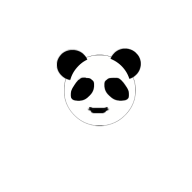 Nice to finally write to you all. I'm Nannan, and had a registered account for a year and a half now and have never introduced myself.

As compensation, I'll split this intro into bullet pointed parts starting from 2015 and ending at present. I tried writing out my entire story but it took up 3 pages so bullet pointed.

Past (2015)
2016
2017
2017 - Present
Thank you everyone who read all the way to this point, I tried to shorten this as much as possible. The reason why I came back on was recently I read Unscripted and had a mental breakdown creating a F*ck This List. It was so bad I called sick for 4 days, because if went to work, I would have cried or worse.

My Ask: I recently wanted to sell on Amazon. I admit this is mostly fueled from reading about FBA, not the gurus but I did pick up a course on Proven Amazon. However, my reasons are it is best to sell something physical nowadays because as a programmer who follows tech companies, I have mostly seen companies seeking VC funding, are not making a profit per customer acquisition and mostly the customers want free value. I believe physical products require customers to exchange money for that products value, essentially I'm making a profit per purchase, and Amazon has the most traffic, online merchandise and warehouse.

I have been researching about FBA since January, in addition I know I need to solve a relatively big problem so I'm now at a crossroad. Should I continue down the FBA route in attempting to sell a physical product on Amazon and eventually expand to multiple channels or should I be searching for any sort of problem to tackle regardless of making a profit per customer (My bias from reading about software companies)? Most of the companies I saw are taking a loss and each new customer isn't really helping.

Thanks again fastlane community, I am open to criticisms, clarifications and questions. I hope I can contribute soon.
Don't like ads? Remove them while supporting the forum: Subscribe to Fastlane Insiders.