Economic Effects of a Minimum Wage-Hike

Say "NO" to mediocre living rife with jobs, ascetic frugality, and suffocating savings rituals— learn how to build a Fastlane business that pays both freedom and lifestyle affluence. Join our forum with more than 70,000 entrepreneurs who are making it happen.
Join for FREE Today
Get the books
Remove ads? Join Fastlane INSIDERS
(Registration removes this block)
Sort By Best Posts
G

This is not a political discussion (wrong website/forum for that). What would happen is the minimum wage went from $7.25 to $10 or even $15 an hour. Companies aren't stupid: if a worker doesn't produce enough value to be a profitable investment, they'll either lay-off the worker and outsource him or her, OR automate him or her. Who does this affect:
1. Teenagers in high school or college without many employable skills.
2. Sidewalkers who never bothered to learn produce significantly more value than the minimum wage.
3. People looking for extra work to say pay off debt. Overtime's expensive for employer's, so they'll do minimum-wage type work.

What I Think Will Happen:
Teenagers and college students won't be employable anymore, but many who want to go or are attending college will have no choice but to use student loans since most parents can't save for 6 months of expenses, much less a retirement or college fund. This will of course bankroll the government, some banks, and any college. Also makes it harder to get an extra job.
More people will be on welfare, increasing taxes

. This is mainly for sidewalkers.
Cost of living will go up somewhat b/c restaurants, retail stores, etc. will have to pass costs onto consumers, at least in the beginning.
What I Wonder:
Will there be less workers with minimal skills if this were to happen? They obviously can't earn a living anymore, so will they educate themselves out of minimal wages? Will this solve the problem of dealing with welfare costs in the long run? Also, what will this do for people with disabilities? Will this force them to just sit at home and watch cartoons if they can't work?
Don't like ads? Remove them while supporting the forum: Subscribe to Fastlane Insiders. 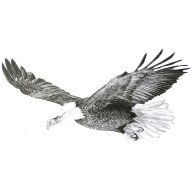 Nothing had changed fundamentally more than half a century later, when twenty-first century job seekers in South Africa were lined up far in excess of the number of jobs available, as reported in the New York Times:
When Tiger Wheels opened a wheel plant six years ago in this faded industrial town, the crush of job seekers was so enormous that the chief executive, Eddie Keizan, ordered a corrugated iron roof to shield them from the midday heat.
“There were hundreds and hundreds of people outside our gate, just sitting there, in the sun, for days and days,” Mr. Keizan recalled in an interview. “We had no more jobs, but they refused to believe us.”
Why then did wage rates not come down in response to supply and demand, leading to more employment at a lower wage level, as basic economic principles might lead us to expect? According to the same report:
In other developing countries, legions of unskilled workers have kept down labor costs. But South Africa’s leaders, vowing not to let their nation become the West’s sweatshop, heeded the demands of politically powerful labor unions for new protections and benefits.
The net result was that when this company, which had made aluminum wheels solely in South Africa for two decades, expanded its production, it expanded by hiring more workers in Poland, where it earned a profit, rather than in South Africa, where it could only break even or sustain a loss. The misfortunes of eager but frustrated African job applicants were only part of the story. The output that they could have produced, if employed, would have made a particularly important contribution to the economic well-being of the consuming public in a very poor region, lacking many things that others take for granted in more prosperous societies.
Click to expand...

I would guess a $10 or $15 minimum wage in a localized area wouldn't be particularly disastrous, first because cities are more expensive in general and businesses could probably raise prices to accomodate, and second because low wage workers could move or work elsewhere if necessary to find a job. However, a $15 federal minimum wage could have a more significant impact on unemployment, especially in poorer areas.